Even for a few days until, as the spacecraft “Rosetta” deliberately falls on the surface of comet 67P/Churyumov — Gerasimenko, it still continues to make amazing discoveries. And now we are talking not about the lost and found the lander.

Scientists reported that the “Rosetta” found in the dust around the comet content of complex organic molecules. Find adds serious weight to theories that life on Earth could be imported like that icy space boulders.

Complex organic molecules consisting largely of carbon, hydrogen and oxygen — the basic elements of our biology — found on comets before. One recent such example is Halley’s comet. However, in the case of the mission “Rosetta” these organic molecules were first detected outside the surface of the comet, allowing scientists to become more familiar with their composition.

Two specific separate dust particles, named “Kenneth” and “Juliet” have become the object of analysis of the new article in the scientific journal Nature. Caught in may and October 2015, the last analysis by the spectrometer of “Rosetta”, each of these particles contain molecules based on carbon, forming a large and complex structure, similar to the one that was discovered in carbonaceous chondrites (a type of stony meteorites) found on Earth.

“Our analysis showed the presence of complex carbon structures. Much harder than we expected,” says Herve Cottin, co-author of a new study.

“The structure is so complex that we can not find the right formula and a name.” 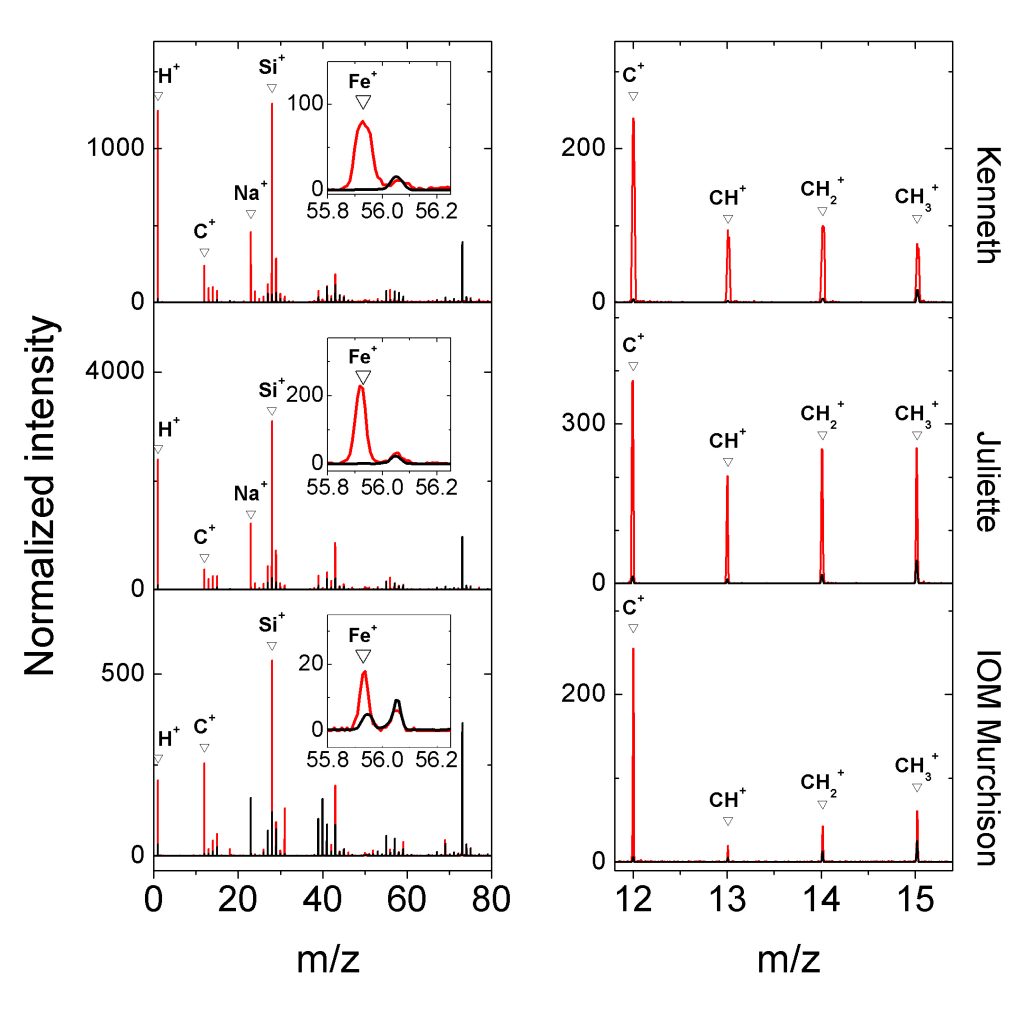 Comparison of the spectral density of the molecules “Kenneth” and “Juliet” with the composition of the organic matter in chondrites found on Earth. The red lines are indicators of particles from the comet, black — meteorites

The discovery is important for several reasons. First, it confirms the early discovery of the lander “Fily”, which is the unit made in just a few hours to completely turn off their batteries. “Film” managed only “eye” to discern gaseous organic compounds, however, a new analysis of “Rosetta” allowed a more thorough investigation of these complex organic signatures. Second, scientists have long debated the topic of whether organic molecules come to us with meteorites from space, or after the fall exhibit of the content of biological substances that could be contained on the planet. Therefore, the detection of organic molecules in space is another argument in favor of the fact that substances on the basis of the carbon really come to our Earth from the outside.

In addition, Rosetta has allowed us to look at what we can expect from the upcoming space mission OSIRIS-Rex space Agency NASA. Recall that a key task is to take soil samples from an asteroid and return them back to Earth for analysis.