200 thousand years ago Mars had lots of water 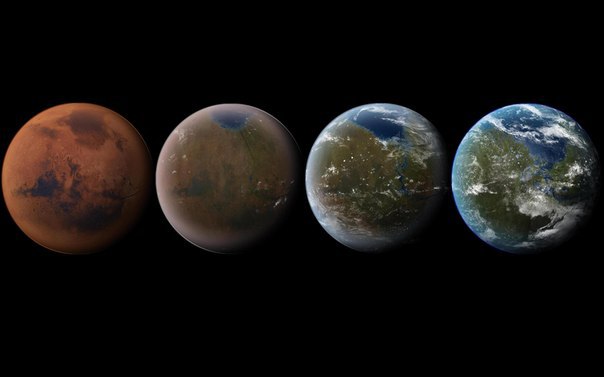 A new study has found that liquid water on Mars was more recently — just 200 000 years ago. “We discovered a very young crater in the middle latitudes of the southern hemisphere of Mars with signs of liquid water in the recent past of Mars,” says Andreas Johnsson at the University of Gothenburg.

The southern hemisphere of Mars is home to a crater that accommodates a very well-preserved gullies and traces of water flows. The geomorphological attributes of these reliefs indicate that they were formed under the action of liquid water in the geologically recent past.

When sediment on a slope becomes saturated with water, the mixture may become too heavy to stay in place that leads to the appearance of flows of debris and water, or rather a mixture thereof. It’s called debris flows. Debris flows on Earth often cause significant destruction and even human casualties if they come to the settlements. During this event the mixture of stones, gravel, clay and water moves rapidly down the slope. When the flow gradually stops, it leaves distinctive features on the surface.

These are the features Andreas Jonsson and identified on Mars. The research team compared the Martian reliefs with famous mudslide Svalbard, using aerial photography and field surveys. Debris flows on Mars give evidence that not long ago the region was liquid water.

“Our fieldwork on Svalbard has enabled us to accurately interpret the Martian deposits. What surprised us is the fact that the crater where debris flows have formed these deposits was very young,” says Andreas Johnsson.
After the ice age

Statistics of the craters allowed the Jonsson and his colleagues to determine that the age of the crater is about 200,000 years. This means that the crater was formed shortly after the alleged last ice age on Mars, which ended around 400,000 years ago.

“The gullies are very common on Mars, but those that were studied previously, older therefore is associated with an earlier glacial period. Our study of Martian crater has shown that he is extremely young for such associations. The melting processes that formed the deposits discovered, were extremely effective, but occurred at a later time”.

The study crater is situated in the middle latitudes of the southern hemisphere of Mars, and formed into a kind of “castle Vale” the other big crater. This ramparts of the “flower” shape, and scientists interpretiruya this form as a result of the influence of water or ice rich ground.

“At first I thought that the water that formed these debris flows were the result of ice melting inside the “ramparts”. But when we looked closer, we found no cracks or fractures in the crater that could be the piping for this water. It is more likely that water formed by the melting of the snow cover remaining from the last ice age. And this is possible because the orbital axis of Mars in the past was more inclined than now.”