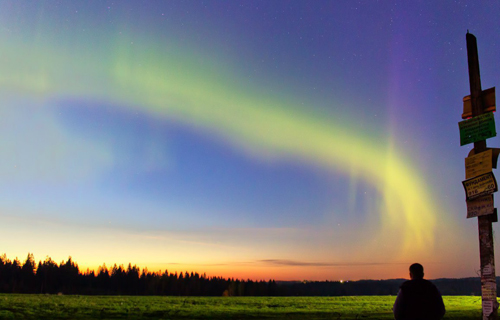 A month ago, on the night 8/9 may 2016 over the Earth have played have come down to geomagnetic storm level G3 (KP=7). Then the auroras observed up to the latitude of Moscow (55 gr. S. sh.) and even light the sky over the Northern regions. The reason for such powerful disturbances of the Earth’s magnetosphere was coronal hole “СН733”.

3 weeks have passed, the Sun had made a full rotation around its axis and this same coronal hole again appeared over the Eastern edge of the disk of the Sun. On June 3-4, Land must be located in a high-speed stream of solar wind leaving the Sun’s surface in the area of coronal holes.

Coronal hole – a region above the surface of the Sun where the magnetic lines are not closed on the surface and the plasma, moving along the lines freely leave the Sun.