A 200-meter asteroid flew past the Earth 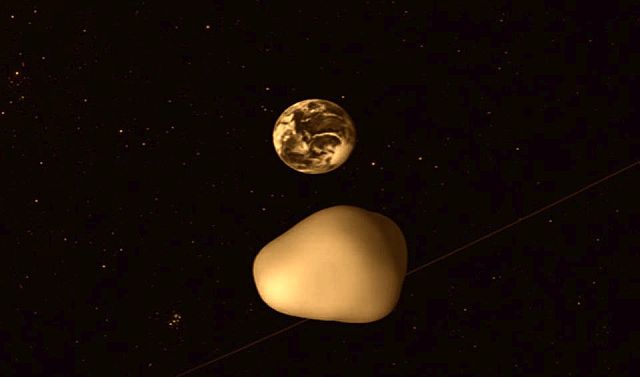 The asteroid, whose diameter, according to some estimates, reaches 200 meters, on the night of September 13 to September 14, approached the Earth. The minimum distance between the space object and our planet was 15.8 million kilometers. The asteroid was discovered earlier this week and was named 2017 RU1.

At the point of maximum convergence, the 2017 RU1 was about 41 times farther from Earth than the Moon. In order to at least formally classify an asteroid as potentially dangerous, it must approach the planet at a distance not exceeding 20 distances to its natural satellite on one or another section of its route, and even in this case the status of “potentially dangerous” does not mean that, that the probability of a collision is really high. Experts point out that, even if a collision with a space body of such dimensions could have unpleasant consequences, the likelihood that such a thing will happen once in the case of 2017 RU1 is small.

At the same time, many specialists have been worried for a long time that objects of this size can often be found only shortly before it gets closer to the Earth, as it happened in this case. It turns out that if one day the heavenly body turns out to be really dangerous, mankind will not have time to prepare for its “meeting”. In this regard, scientists from different countries (including Russia) are actively working on new means of detecting objects approaching the Earth.