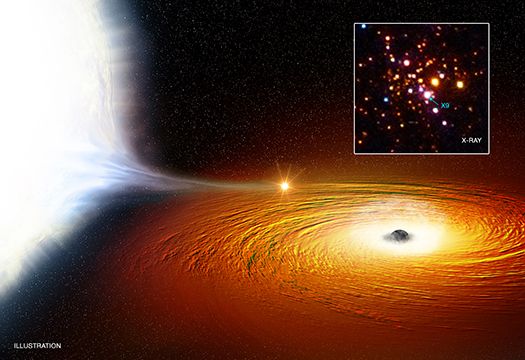 Astronomers have discovered a star that revolves around a black hole with a period of every half hour, according to the University of Michigan website. Observations were carried out using the Chandra, NuSTAR telescopes and the ATCA radio telescope.

The star and the black hole are in the 47 Tukan globular cluster – a cluster of stars in our galaxy, located about 14,8 thousand light-years from the Earth. 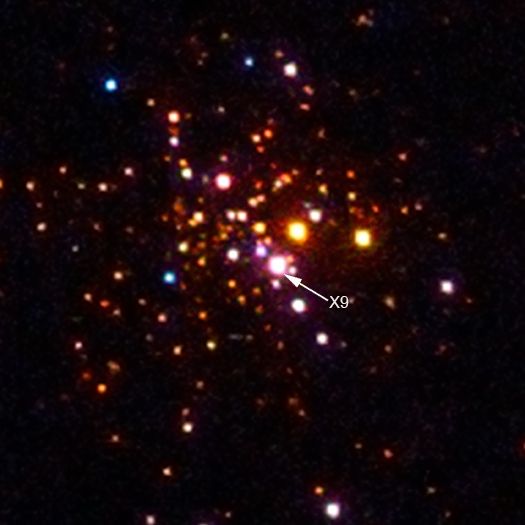 The study of this globular cluster has been underway for many years, but only in 2015 observations using a radio telescope have made it possible to detect a black hole that absorbed the substance of a star – a white dwarf.

New observations by Chandra under the designation X9 revealed that it changes its brightness every 28 minutes. Scientists have suggested that it takes exactly one time a star around a black hole to take a star. The measurements also showed the presence of a large amount of oxygen in the system, which is typical of white dwarfs. According to scientists, the star is located from the center of the black hole only 2.5 times further than the Moon from Earth.

How did the star become such a close companion of the black hole? One possible explanation is the encounter of a black hole with a red giant. The gas from the outer layers of the star was subsequently ejected from the system, and the remaining core turned into a white dwarf.

According to an alternative hypothesis, which researchers consider unlikely, a white dwarf became a companion of a black hole rather than a black hole. In this case, we may be converting a binary system into a millisecond pulsar.