A child born without a brain has successfully “grown it” 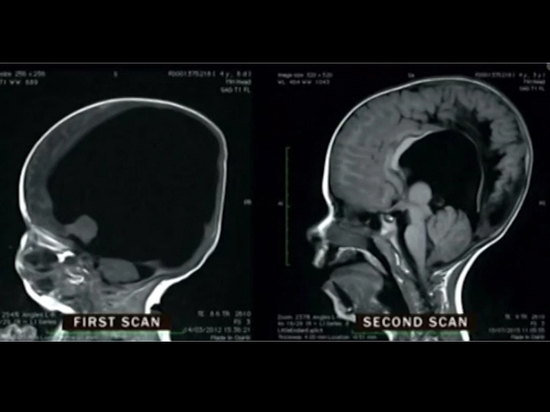 The six-year-old boy Noah, the son of Shelley and Rob Woll from Great Britain, was born almost without a brain, but he survived. The story, which once surprised even the experts, again attracted the attention of the media.

Doctors found out that the fetal cranium was filled with fluid, due to which the brain occupied only two percent, reports The Sun. Doctors doubted that the child, even if he survived, would ever be able to see, hear, speak and eat on his own. However, the parents decided to save the child. The doctors performed an operation, during which the fluid was pumped out of the skull and after some time the brain grew to about 80 percent of the “normal” size, and all of the above turned out to be available to him. The father of the child acknowledges that the parents decided to abandon the abortion, including due to the fact that at the time of pregnancy they were not too young.

Now Noah is six years old. He cannot yet walk on his own, however, according to the media, he tried to surf and dreams of skiing once. He has attracted the attention of various media around the world for a long time, and the doctors themselves characterize his history as “outstanding”.

Recently, a unique surgical operation took place in the UK, for which a fetus was removed from the womb of a woman in the sixth month of pregnancy and then placed back. In this way, it was possible to increase the chances that the child, who had a spinal cord fracture during the ultrasound scan, would correctly develop the spinal cord, and he would not experience significant difficulties when walking. Previously, a similar operation was performed only on the territory of Denmark.