A comet crashed into the Sun 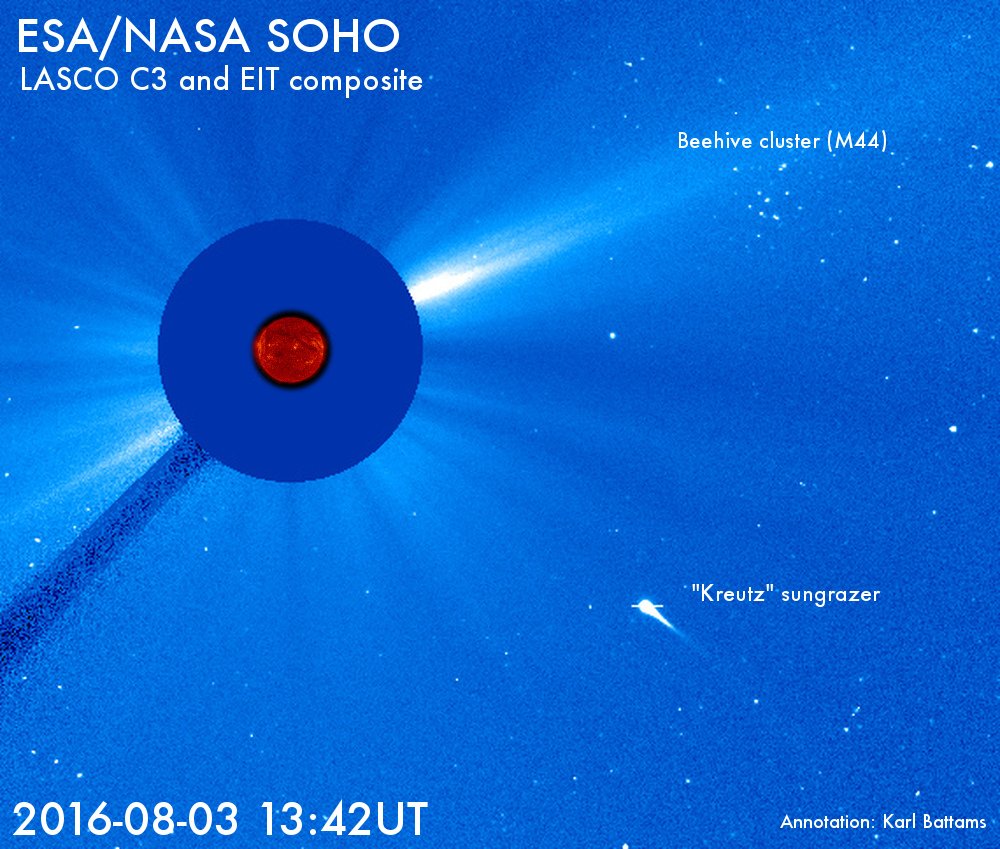 Unknown comet appeared yesterday in the solar space, flared up in the unbearable heat of the sun, and then crashed into him, which caused a coronal mass ejection.

Circumsolar comets Kreutz — family comets near the sun, named after the astronomer Heinrich Kreutz, who first showed their relationship. It is believed that all of them are parts of one big comet, which collapsed a few centuries ago.