A distant galaxy bombards the Earth with high-energy rays 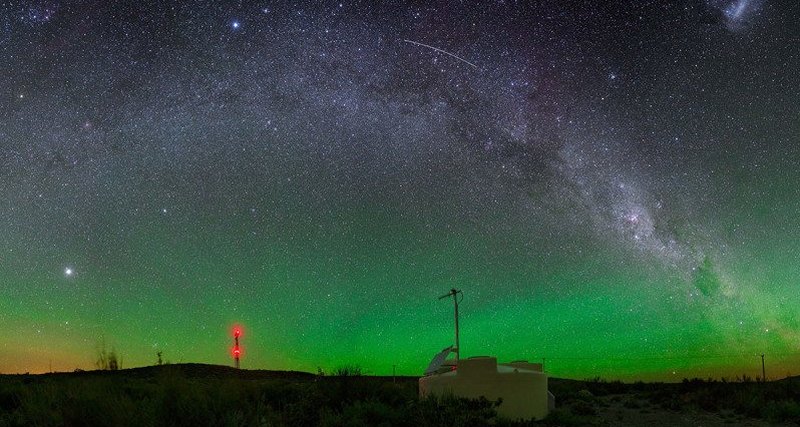 The long-standing mystery about the source of the most high-energy particles coming from distant space is solved. It took ten years to observe one of the largest observatories on Earth.

Cosmic rays are charged particles, mostly atomic nuclei of hydrogen, helium and heavier elements, which constantly bombard the Earth, and their power is incredible. Particles with an energy of about 8 quintillion electron volts were first recorded 50 years ago, but their source was a mystery.

The fact is that the more energy the rays have, the less of them. On average, only one high-energy cosmic ray falls per square kilometer of the Earth per year. Telescopes can not collect enough particles to determine their origin.

This changed with the opening of the Pierre Auger Observatory, which stretched over 3,000 square kilometers of Argentinian prairies. She studied the sky for a whole decade and spotted 30,000 of these rays.

It used to be believed that these rays come from the center of our galaxy, but the observatory showed that their source lies outside our galaxy. Astronomers have found out that the particles flew 326 million light-years and arrived from deep space, areas with active galactic nuclei and galaxies with bursts of star formation.

Now astronomers are trying to accurately determine the source of these particles. To do this, other telescopes study the extreme universe of high-energy particles, looking for high-energy neutrinos and gamma rays. Neutrinos do not deviate due to the magnetic field of the Milky Way, in contrast to the nuclei of hydrogen or helium, so it will be much easier for them to determine the source of this radiation of incredible power.