A falling meteorite was observed in Georgia, USA 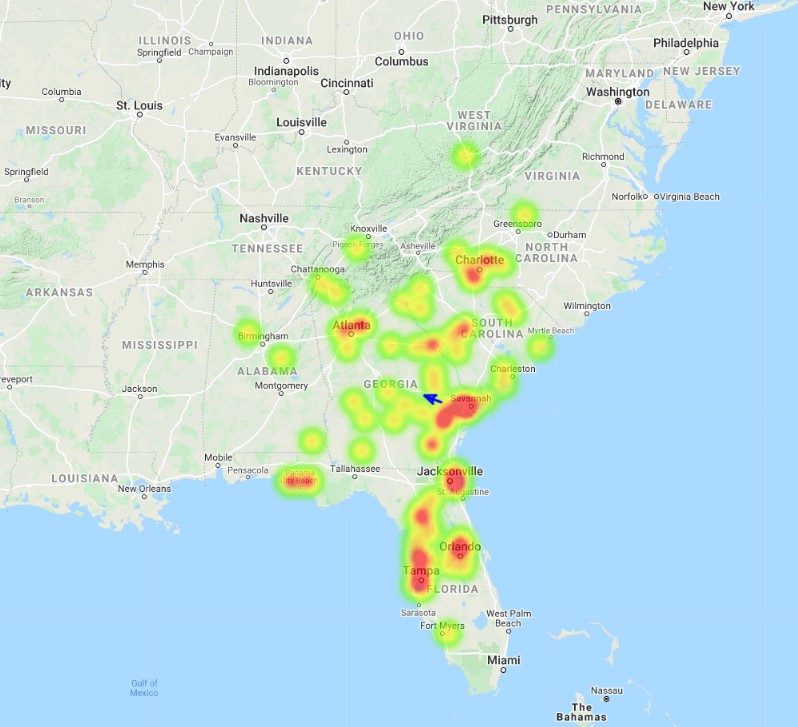 The event was also captured – at the extreme distance – by NASA meteorite cameras in northern Georgia, North Carolina and Florida.

Analysis of the video footage by NASA’s meteor watch service showed that the fireball first appeared 32 km (52 miles) above the town of Donald in southeast Georgia, moving northwest at 72,420 km/h (45,000 miles per hour).

It burned about 14 km (23 miles) above Sanders Road near Providence Missionary Baptist Church, in the southeast corner of Toombs County.

At its peak, the brightness of the meteor equaled that of the full moon, indicating that it was caused by a fragment of an asteroid about 20 cm (8 inches) in diameter and weighing 9 kg (20 pounds).

The fireball was also seen from space, recorded by the GOES 16 geostationary satellite.