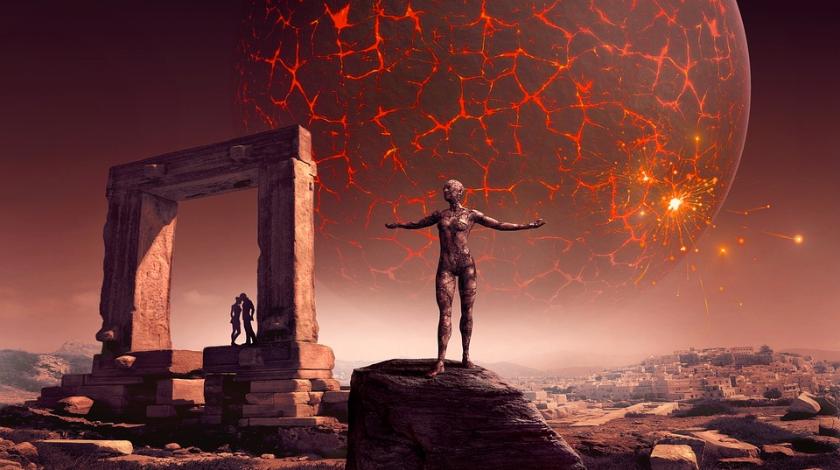 Ex-US Geological Department climatologist Ethan Trowbridge (Ethan Trowbridge) warns: humanity can soon disappear because of the approach to our planet of the heavenly body of Nibiru.

According to Dr. Trowbridge, the electromagnetic and gravitational fields of Nibiru are literally tearing the Earth apart. As evidence, the climatologist cites the frequent occurrence of deep cracks on different continents.

So, in May of this year a giant failure was formed in Kenya, after which Trowbridge stated that soon Africa would split into 2 parts. However, the doctor’s colleagues are more optimistic – most scientists believe that the African continent if it falls apart in half, then not sooner than tens of millions of years.

Trowbridge does not hesitate to blame other researchers for arrogance and ignorance. According to the climatologist, the scientific community is divided into 2 groups – those who know about Nibiru, and those who do not know about the approach of the planet. Experts familiar with the situation are often silent, because they are afraid to be ostracized, and those who have not heard of Nibiru do not associate earthquakes that have become frequent on Earth with the negative influence of the celestial body.

Trowbridge believes that recent volcanic eruptions and earthquakes in Hawaii also confirm his theory about the impact of Nibiru on our planet. According to the climatologist, humanity sees only the tip of the iceberg. At any time, the Yellowstone volcano can begin to erupt – just as Hawaiian Kilauea woke up – and then the catastrophe will reach a planetary scale, Trowbridge quotes SomeonesBones website.