A flight over the north pole of Jupiter 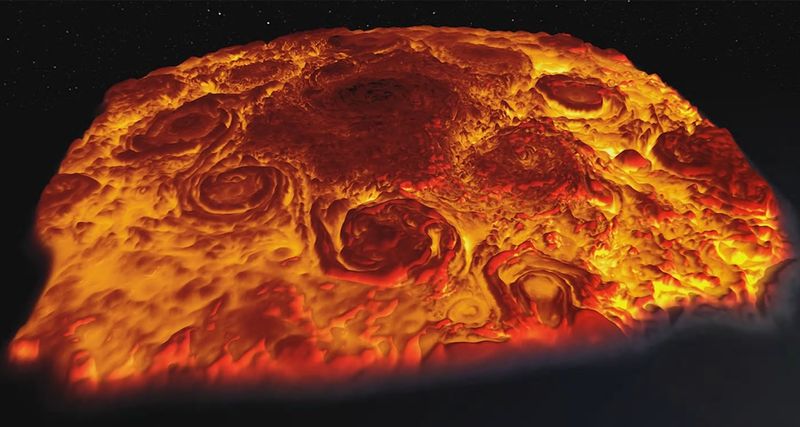 NASA published a video showing the north pole of the gas giant in the infrared range. The video was made from photographs taken by the camera aboard the station “Juno”.

The north pole of Jupiter looks at least eerie. It consists of one giant central cyclone, surrounded by eight circumpolar cyclones, whose diameters range from 4,000 to 4,600 kilometers.

Fortunately, Jupiter is located from the Earth at an average distance of just under 780,000,000 kilometers. However, to see what the northern pole of the gas giant looks like, you can and not leaving the house – NASA has created a video that shows the central and the other eight cyclones of the region. The video was compiled by the US space agency from images taken by the infrared camera JIRAM on board the probe “Juno”, which is in the orbit of Jupiter.

The automatic interplanetary station “Juno” was launched in 2011, and the probe was released into the polar orbit of the gas giant in the summer of 2016. In July 2018, the station will be reduced from orbit and sent to the atmosphere of Jupiter, where it will burn.