A geomagnetic storm is raging on Earth

To the surprise of forecasters, a crack opened in the magnetic field of the Earth on January 14. The solar wind blew into the gap, causing a Kr6-class geomagnetic storm. In addition, a C4-class flare occurred on the Sun and the outburst is headed toward Earth.

A new outburst on the Sun was ejected into space on January 14 (13:33 UT) by a C4-class burst in the magnetic canopy of southern sunspot AR2925. Shortly thereafter, SOHO coronagraphs detected a partial CME halo. NOAA analysts are now modeling the CME; a possible sliding shock on January 17-18. 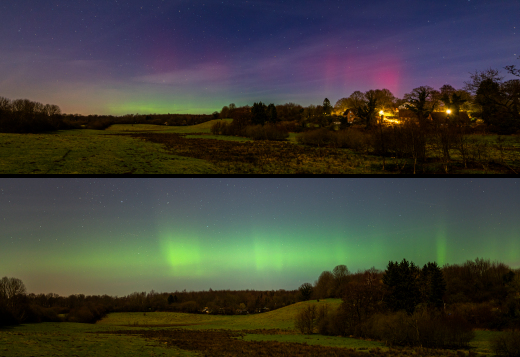 “Despite the brightly shining moon, you could see the polar lights with the naked eye,” said photographer Laura Kranich, who observed the event from Kiel.

Geomagnetic storms could continue on January 15 and 16 as the Earth enters a high-speed solar wind stream. Gaseous material flows out of a southern hole in the solar atmosphere.