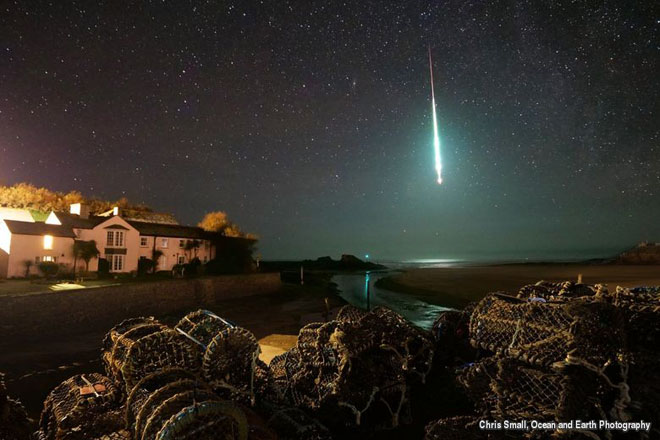 A fireball flashed through the night sky over the northern part of Cornwall County, UK, on ​​January 21. Chris Small of Ocean and Earth Photography was able to capture this phenomenon on camera in the small town of Bude.

According to him, the ball of fire was the size of a beach ball, it moved at a speed of 15-20 km / s over the Gulf of Bristol.

Chris noted: “Thanks to Robert Lansford of the International Meteor Organization for confirming that it was an accidental event not related to any meteor shower.”

A ball of fire is an incredibly bright meteor that illuminates the whole sky and burns out in the atmosphere of the Earth.