A huge rocky exoplanet the size of Neptune falls into pieces 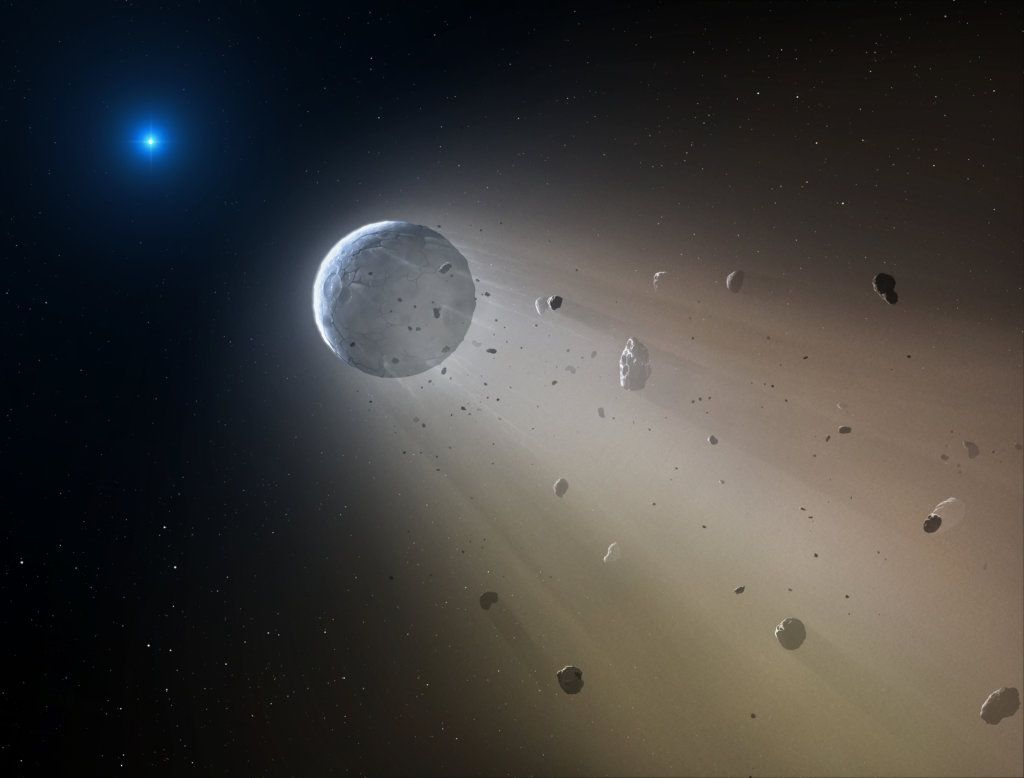 Scientists observe a very rare phenomenon – the collapse of the planet as it orbits around its star. Constant observations will help to learn as much as possible about the causes of this phenomenon and how it occurs.

A massive exoplanet, located about 800 light-years from Earth, has big problems with maintaining its integrity. In the literal sense. Planet K2-22b has been falling apart since astronomers saw this stony planet the size of Neptune in 2015.

Since then, scientists periodically monitor the decay of K2-22b to study how and why some planets decay when they orbit around their stars. The study, published in the Astronomical Journal, traces the evolution of a planet’s motion around its star as it falls apart. One year on K2-22b now lasts just nine hours.

K2-22b is among the three exoplanets (out of 3.8 thousand confirmed), which began to disintegrate.

Given that planetary decay is extremely rare, astronomers watching K2-22b hope to find out as much as possible about the causes and mechanisms of this process before a distant planet reaches inevitable death.

Since there are very few decaying planets, astronomers are very limited in their observations. This time, scientists have discovered not only a comet-like tail of a substance falling from a planet, but also traces of dust-like material in front of it.

However, scientists want to get the opportunity to learn even more. In their study, they came to the conclusion that constant observations of K2-22b would be an incredibly valuable investment of time and money, because who knows when they still have a chance to watch the planet falling apart before our eyes.