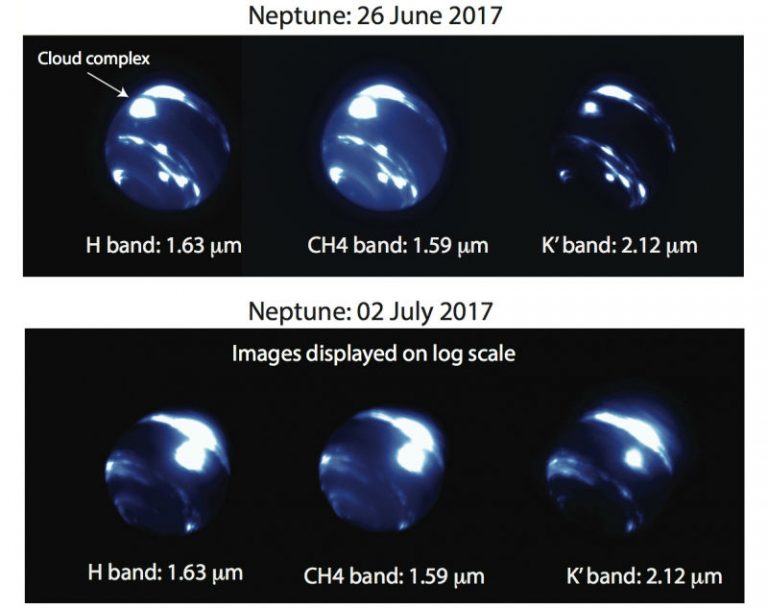 What they did not expect was not expected. How could such a huge storm form in an area where nothing like this has been observed before?

Astronomers using the Keck Observatory discovered a new storm on the planet Neptune. This storm is of interest to scientists in the first place because in the area where it occurs, storms have never been seen before. Another interesting point was that the aforementioned storm is a very large complex with a diameter of 9,000 kilometers. And this is about 75 percent of the Earth’s size.

“Observing such a bright storm at such a low latitude is extremely surprising,” said Ned Molter, a graduate student from the University of California.

“The area in which we found a storm is usually very quiet. This is a big rarity, when such a huge cloud comes almost to the equator, “the scientist added.

The size of the storm complex detected by the ground-based telescope is 1/3 of the radius of the entire Neptune. This figure is impressive. Scientists observed this storm during the period from June 26 to July 2, 2017.