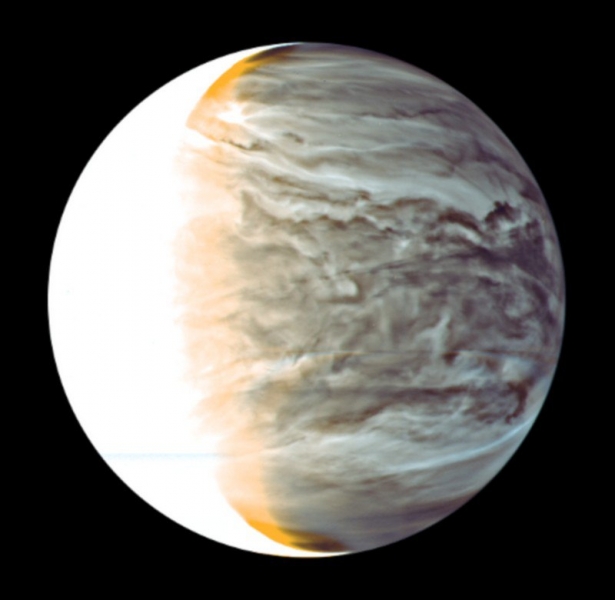 Japanese spacecraft “akatsuki” captured the night side of Venus. The mission of the probe is the study of the atmosphere of the second planet from the Sun. In the picture of the Venusian clouds is represented in infrared light.

From the moment you arrive at the Venusian orbit in 2015 “akatsuki” does not get tired to send to Earth amazing pictures of the world of the cloud and data about its atmosphere. Earlier, the spacecraft was caught on video rotation of Venus and its clouds.

“The “akatsuki” have cameras and instruments that will explore all the unknown on the planet, find out if there are still active volcanoes, whether formed in the dense atmosphere, the lightning and why the speed of winds much greater than the speed of rotation of the planet,” commented the photo NASA.

The orange line, which separates day and night sides of Venus, looks pretty wide. This is due to the interaction of clouds of the planet with sunlight.

“Akatsuki” is not the only orbital unit, which was able to take a look at Venus. USA, Europe and Russia (USSR) also sent probes to the cloud world.