A large asteroid will approach the Earth in 2076 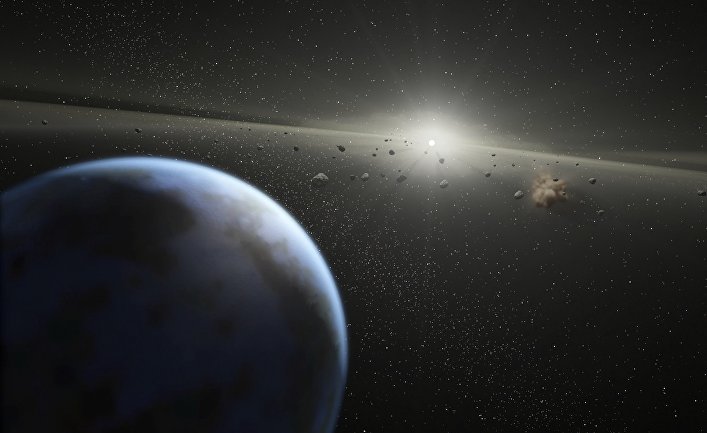 Asteroid 52768 1998 OR2 approached the Earth. Scientists will use this approximation to study the orbit of the asteroid and a more detailed understanding of its characteristics, since this celestial body with a diameter of two to three kilometers is hypothetically dangerous. Scientists at the Arecibo Observatory in Puerto Rico have been observing the asteroid since April 13 and explain that it looks like a mask due to elevations and ridges on one side.

This asteroid is not only a near-Earth object, but also one of two thousand celestial bodies that are potentially dangerous. Its diameter is more than 150 meters, and the distance between its orbit and the Earth’s orbit is 25 times less than the distance from the Earth to the Moon.

The Haleakala Observatory, located in Hawaii, discovered the asteroid on July 24, 1998. This is the largest asteroid that will come closest to Earth in the coming years. However, this does not mean that now it is a danger, on Wednesday it passed at a distance of 6.3 million kilometers from our planet. That is, it is too far to affect the Earth.

“We have been studying this asteroid for more than 20 years and have long been expecting it to arrive on April 29th. This asteroid is one of the largest near-Earth objects, therefore it is very important, but it will go far from the planet, there will be no approximation, ”explained Paul Chodas, director of the NASA Near-Earth Object Research Center, during a video conference of the space agency.

“It is important for us to detect an asteroid of this class as soon as possible, because the more time we have to determine whether the asteroid can influence the Earth due to the trajectory, the more time we will have to prepare and, possibly, do something to avoid a collision, for example, carry out a mission in order to redirect an asteroid. If we track the asteroid in advance, there will be time to choose the most suitable option, ”said Lindley Johnson, head of NASA’s Planetary Defense program, during the aforementioned video conference.
Asteroid will approach in 2076

According to scientists, in 1998, OR2 was formed in the main asteroid belt, the region between Mars and Jupiter, in which, it is believed, there can be more than three million asteroids, of which we know a little less than a million.

A statement by the Canary Islands Institute of Astrophysics says that for various reasons, “usually due to interactions with the giant planets of the solar system, Jupiter and Saturn, these asteroids, which are usually stably in the belt, can change their orbits and fall into the inner solar system. ” It is then that asteroids approach the Earth’s orbit and are considered dangerous.

According to calculations, in 2076 the asteroid 1998 OR2 will approach a distance of 3.5 – 4 times the distance between the Earth and the Moon. Even in this case, it cannot be said that the asteroid will be a danger, but it is possible that in the distant future its orbit will change and the likelihood of a collision will increase.

As Anne Virkki, the head of the planetary radar at the Arecibo Observatory, Anne Virkki notes in an email, this approach to the Earth will allow you to “change the orbit to make sure that the asteroid will not have a real impact on the Earth at the end of the century, to get information about its size and rotation period , check whether it has satellites, like more than 10% of asteroids. In addition, we can obtain information about its characteristics. For example, there is a crater on ORW. ”

Space agencies are currently exploring various methods to verify changes in the orbits of asteroids, which in the future could pose a threat to Earth. “One of the largest asteroids that is likely to impact in the next 200 years is Bennu asteroid (101955), about 490 meters in diameter, which currently houses NASA’s OSIRIS-REx automatic interplanetary station, designed to deliver ground samples to Earth, ”explains Ann Wirkke.

The damage that an asteroid can cause in a collision with the Earth will depend on its size and location of the fall: “An asteroid with a diameter of about two kilometers, for example, ORS, can destroy a city or country, depending on its size, and leave a crater 10 wide – 30 kilometers. The fall of an asteroid into the waters of the oceans can lead to tsunamis. Nevertheless, it is likely that the asteroid will not cause the death of mankind, ”says Ann Wirkke.