A large meteorite exploded over the west coast of America 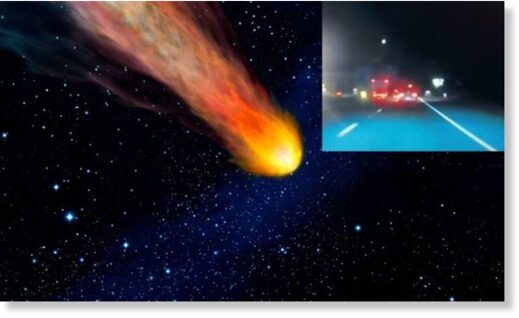 Residents of the American West Coast witnessed a spectacular phenomenon as a “stunning” fireball flew across the night sky.

Residents of California, Oregon and Washington have noticed what some call the “most amazing” fireball they have ever seen.

The fireball, which was a meteorite that entered the earth’s atmosphere, appeared on the evening of October 23rd. Hundreds of people have witnessed this phenomenon.