A large star was found in the center of the Milky Way, which periodically fades by 97% 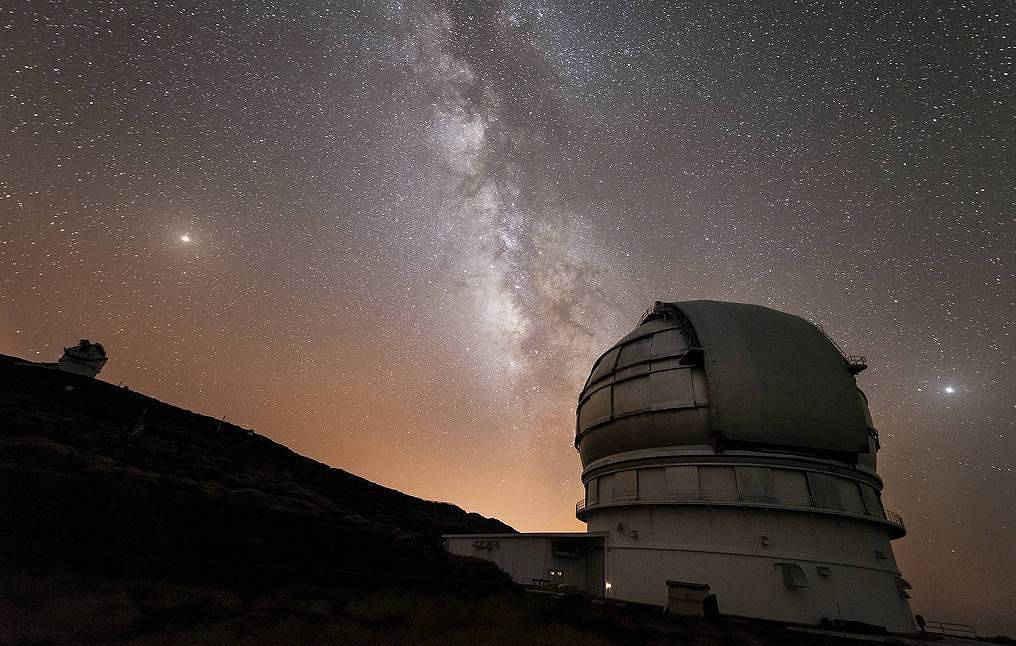 In the central regions of the Milky Way, astronomers have discovered a large star whose brightness periodically drops by 97% and remains at this level for almost a year. Scientists cannot yet explain why this is happening. An article describing the unusual object was published by the scientific journal Monthly Notices of the Royal Astronomical Society.

This star was discovered by Sergei Koposov of the University of Edinburgh and his colleagues. Using a special algorithm, they studied the images that the VISTA telescope took over the past 17 years. It works simultaneously in the optical and infrared ranges, thanks to which it can detect objects hidden under the cocoon of dust that surrounds the center of the Galaxy.

An algorithm created by scientists tracks objects whose brightness drops very sharply. Similarly, astronomers have tried to find new variable stars, that is, stars whose brightness changes predictably. By pulsing such objects, scientists can calculate precise distances to distant objects.

The attention of scientists was attracted by the object VVV-WIT-08, discovered by this algorithm, located at the junction of the constellations Sagittarius and Scorpio. It is a large star, a red giant, the brightness of which, according to observations of the second half of 2011, fell sharply by 97%. In mid-2012, astronomers recorded that its brightness returned to its previous values.

Scientists double-checked these observations using data from the OGLE gravitational lens search project, which was observing the same part of the sky at the time. OGLE data confirmed the fall in brightness of VVV-WIT-08.

So far, Koposov and his colleagues cannot say for sure why this happened and when such a tarnishing could happen next time. Astronomers suggest that VVV-WIT-08 is a complete analogue of TYC 2505-672-1. It consists of a large red giant and a white dwarf that is surrounded by a giant cloud of dust. This accumulation of gas and matter periodically obscures the second star, causing its brightness to drop to almost zero. Such an “eclipse” lasts about 3.5 years.