A meteorite exploded over the Otaga Peninsula in New Zealand 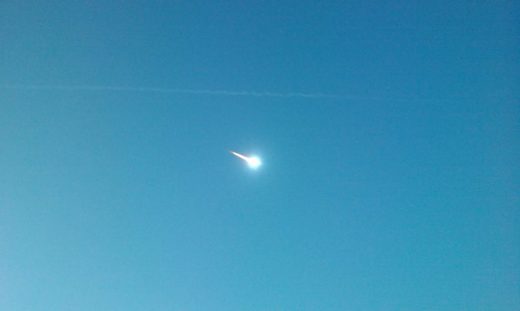 A bright “orange-green” ball shining over the Otago Peninsula caused a flood of messages from residents to emergency services.

A police spokesman said Highcliff Road residents began to ring around 7.15 in the morning when they saw an outbreak in the Sandfly Bay area.

Rescue services and police arrived in the area, but did not find any ship in distress or traces of a plane crash there.

Searches were terminated after a message was received that it was a meteorite fall.

A bright flash illuminated the sky, was visible even on the other end of Dunedin and even further – in Balclut.

A resident of Dunedin described it as “green with an orange glow.”

A bright luminous ball and subsequent flash were seen all over New Zealand, and many people said they saw a meteorite flying through the sky as they went to work.

Observations were reported from all over the South Island and Wellington. People report seeing a “very low flying ball of fire” in the sky.

Witnesses said they saw a “very creepy” bright light that flashed green when it burned out.

– Then he turned bright green and disappeared. It was very creepy, but at the same time exciting.

“At 7.10 in the morning, when I was delivering newspapers, I saw a very bright white light streaking across the sky,” said another witness.