A meteorite exploded over Tokyo 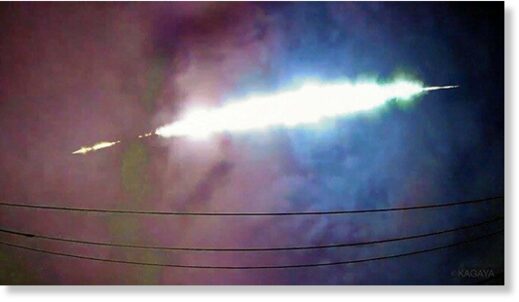 A ball of fire flew in the sky over Tokyo early Thursday morning, and then exploded. The fall of the meteorite was observed by many eyewitnesses.

After the explosion, the sky was lit with bright light for many kilometers around.

Dahiti Fuji, curator of the Hiratsuki City Museum in Kanagawa Prefecture, captured a fireball with a camera installed in his house in Hiratsuka. He said that he crossed the sky from west to east.