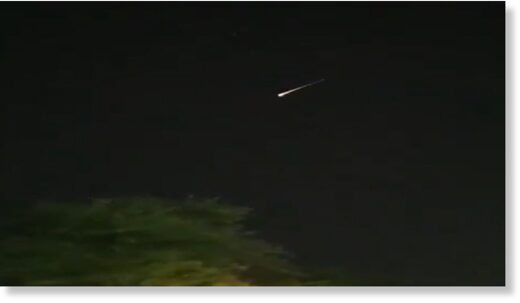 The meteorite, which descended and then gained altitude, was visible for almost a minute over most of the country when it entered the Earth’s atmosphere at a speed of 61,000 kilometers per hour.

Astronomers analyzed the parameters of the meteorite’s entry into the earth’s atmosphere and concluded that the meteorite that appeared over Spain, about 85 kilometers above the province of Lugo in the northwestern part of the country, was gradually losing altitude.

From there, he moved southeast towards Madrid, where he began to gain altitude again and headed towards the southwest of Spain.

Nearly a minute later, the fireball’s light went out about 87 kilometers over the Mediterranean Sea off the coast of Almeria, before it left Earth’s atmosphere.