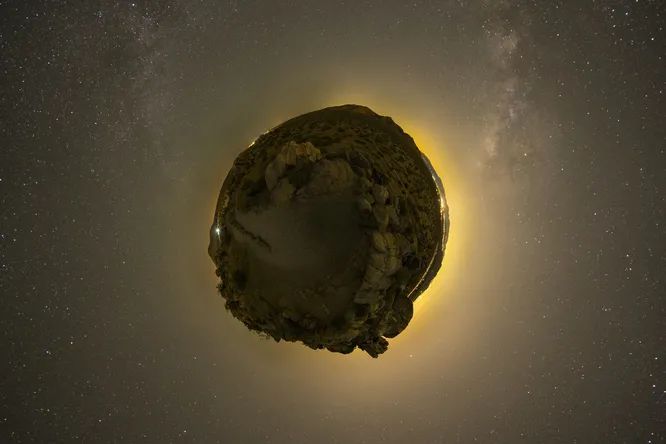 Scientists from the Southwestern Research Institute, USA, studied a fragment of the Almahata Sitta (AhS) meteorite, which fell to Earth 12 years ago. They concluded that it may have been part of an unknown asteroid about the size of Ceres. And this is not the most amazing thing!

AhS was found in Sudan in 2008. Scientists say that this is just one of 600 parts of an asteroid that entered the Earth’s atmosphere 12 years ago and exploded. With the help of an infrared microscope, the authors of the new work discovered hydrated minerals in the composition of AhS. This indicates that water was present at the parent object for a long time.

This is very important, as it is the minerals that can tell scientists about the metamorphism taking place at the parent meteorite. They “register” geological activity, revealing the history of the formation of a cosmic body. “Spectral analysis revealed a number of hydrated minerals, in particular amphibole, which indicate a long period of water change on the parent asteroid with a diameter of at least 643 and up to 1,770 kilometers,” the study authors note. Scientists compare the size of AhS’s parent body to Ceres, a dwarf planet in the asteroid belt between Mars and Jupiter.

In their work, the researchers also note that amphiboles are extremely rare in the composition of carbonaceous chondrites – meteorites, which mainly fall on Earth. Previously, amphiboles were identified only in the Allende meteorite. “AhS is a unique source of information about the materials that formed the solar system,” summarize the authors.