A meteorite was observed in the skies over Great Britain, the Netherlands, France, Belgium and Luxembourg 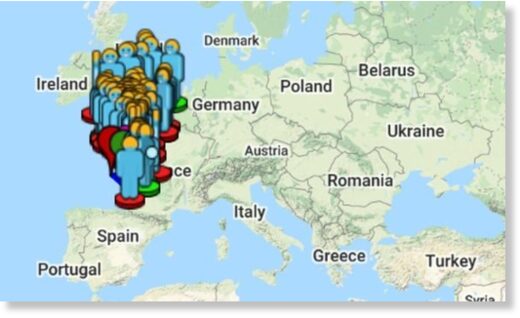 The fireball was so bright that eyewitnesses called it one of the “brightest and largest” they have ever seen.

The meteorite that entered the Earth’s atmosphere was so bright that it could be seen in many countries. Residents of southern England, the Netherlands, France, Belgium and Luxembourg have witnessed a startling phenomenon. More than 100 people told the International Meteor Organization (IMO) that they saw a ball of fire that spilled on the evening of October 11. Eyewitnesses said they saw a bright streak of light streaking through the clouds.

According to IMO, the meteor entered the atmosphere over the Bay of Biscay west of the coast of France.

“We’ve seen shooting stars before, but that was different. It was much larger and brighter, it descended almost straight down. ”

“Something very unusual to see on the south coast of England.”