A meteorite was observed in the sky over California 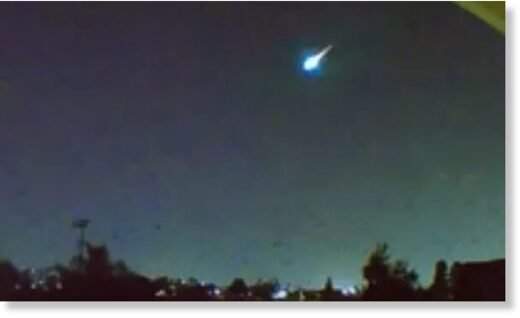 The residents of California were stunned when a bright fireball flew over them, emitting stunning green colors.

Some Californians claimed it was the best meteorite sighting they had ever seen, while others were stunned by how close it seemed to come to the ground.

Nearly 50 people reported the sighting to the International Meteor Organization.

Robert: The light was huge. I’ve never seen anything like it. I just accidentally looked up and saw this giant fireball flying by.

Megan: I’ve never seen such a bright color in my life.

Donna: It was slightly orange on the outside of the ball and had a dark green tail.