A mineral was found in the landing zone of the future rover, possibly storing traces of life 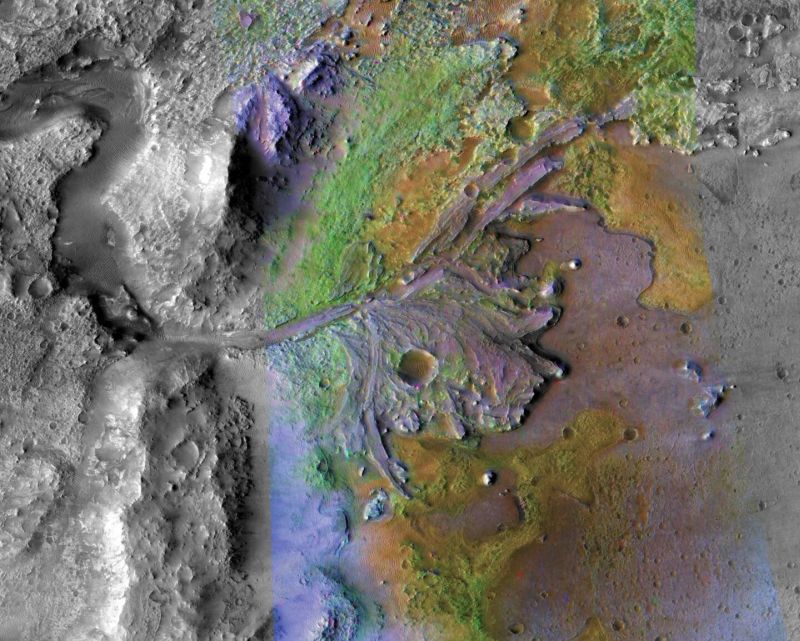 Next year, NASA plans to launch the next generation rover to Mars to search for traces of ancient life. A new study shows that the landing zone of the future rover – a crater called Jezero – contains deposits of hydrated silica, a mineral that well preserves traces of life on Earth.

“Using our method to detect rare, difficult to identify mineral phases in data obtained using an orbiting spacecraft, we found two outcrops of hydrated silica in the Gesero crater,” said Jesse Tarnas, doctoral student at Brown University , USA, and the main author of the new study. “We know from our early studies of terrestrial material that this mineral phase excellently preserves micro-fossils and other traces of the presence of life, so the deposits of this mineral, available on the surface of the Red Planet, are a promising target for a new rover.”

NASA announced last year that a new Martian rover called Mars 2020 will be sent to the area of ​​the Jesero crater, on the site of which was an ancient lake. A key scientific goal in the Jesero Crater is a large sedimentary rock sediment formed in a vast delta formed, in turn, as a result of several rivers flowing into this lake. In this delta, a large amount of material coming from the basins of all the rivers flowing into the lake could be concentrated, right up to the watershed. On Earth, river deltas well preserve traces of life, the authors explained.

To conduct this study, Tarnas and his colleagues used the onboard Compact Reconnaissance Imaging Spectrometer for Mars (CRISM) instrument of NASA’s Mars Reconnaissance Orbiter. The method created by the team for processing data collected using the CRISM tool uses techniques for analyzing large amounts of data to isolate a weak spectral signal indicating the presence of silica deposits.

The study is published in the journal Geophysical Research Letters.