A model of collision of asteroids with the Earth is developed. 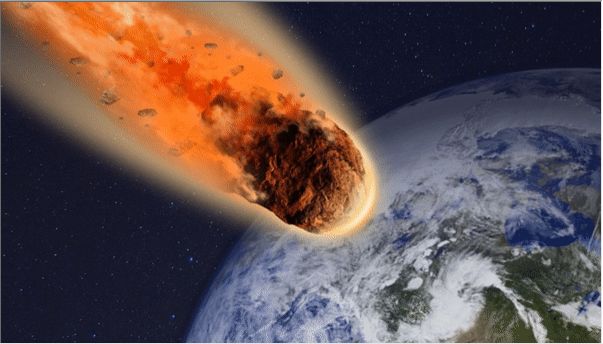 Scientists from the All-Russian Research Institute for Civil Defense and Emergencies of the Ministry of Emergencies of Russia, the Institute of Astronomy of the Russian Academy of Sciences and the Institute of Dynamics of the Geospheres of the Russian Academy of Sciences have constructed a model of a possible catastrophe that will befall the Earth if an asteroid falls on it.

A few dozen years ago, pictures of the collision of asteroids with the Earth were painted exclusively by science fiction writers, today the threat from space is a serious and complex scientific problem. Scientists are sure that the celestial bodies need to be monitored, and also to develop possible scenarios in case they fall to Earth.

Based on the data analyzed, which were collected for many years, scientists modeled how events would develop if a small asteroid with a diameter of 1 km in diameter collided with the Earth or the surface of the ocean and formulated rather disappointing conclusions.

The study notes that celestial aliens of this size fly through the atmosphere of the Earth right through without damaging their dimensions, not burning and not collapsing. But when you strike against the Earth, you get so much energy that the consequences are catastrophic: the crater and tsunami are only a small part of them. In the Earth for hundreds of kilometers seismic waves will spread, in the atmosphere – the strongest shock, and the energy released into the atmosphere will cause fires in vast areas. Scientists point, for example, that according to the results of the nuclear tests, brick walls 24-36 cm thick begin to break down at an overpressure of 20 kPa, walls of concrete blocks 24-36 cm thick are completely destroyed at an overpressure of 35 kPa. According to the model, the diameter of the zone from the impact of the asteroid on the ground, where the excess pressure exceeds 20-35 kPa, is almost 400 km.

Gas dusting cloud over the crater. Model of the Institute of Astronomy of the Russian Academy of Sciences

Scientists also warn that the smoke and ash from the resulting massive fires, mingling with the dust that the asteroid will lift from falling to Earth, will spoil the state of the atmosphere on a global scale. In addition, as a result of the electromagnetic disturbances that have arisen, communication equipment worldwide will be disrupted, satellite navigation will start to err.

And all these misfortunes will happen in a few moments. As scientists predict, just 10 minutes after the collision of an asteroid with the Earth, the fall area will cover a dust cloud with a radius of up to 800 kilometers. The eruption of Eyyafyatlayokudl volcano in comparison with this event will seem like cotton firecracker compared to the explosion of high-explosive bomb.

In general, the consequences of the alleged collision of a kilometer asteroid with the Earth are estimated as a regional catastrophe that will affect the course of life in several dozen countries simultaneously. Calms down that such an event, according to scientists, can occur about once a million years.