A “mountain” was found on a neutron star 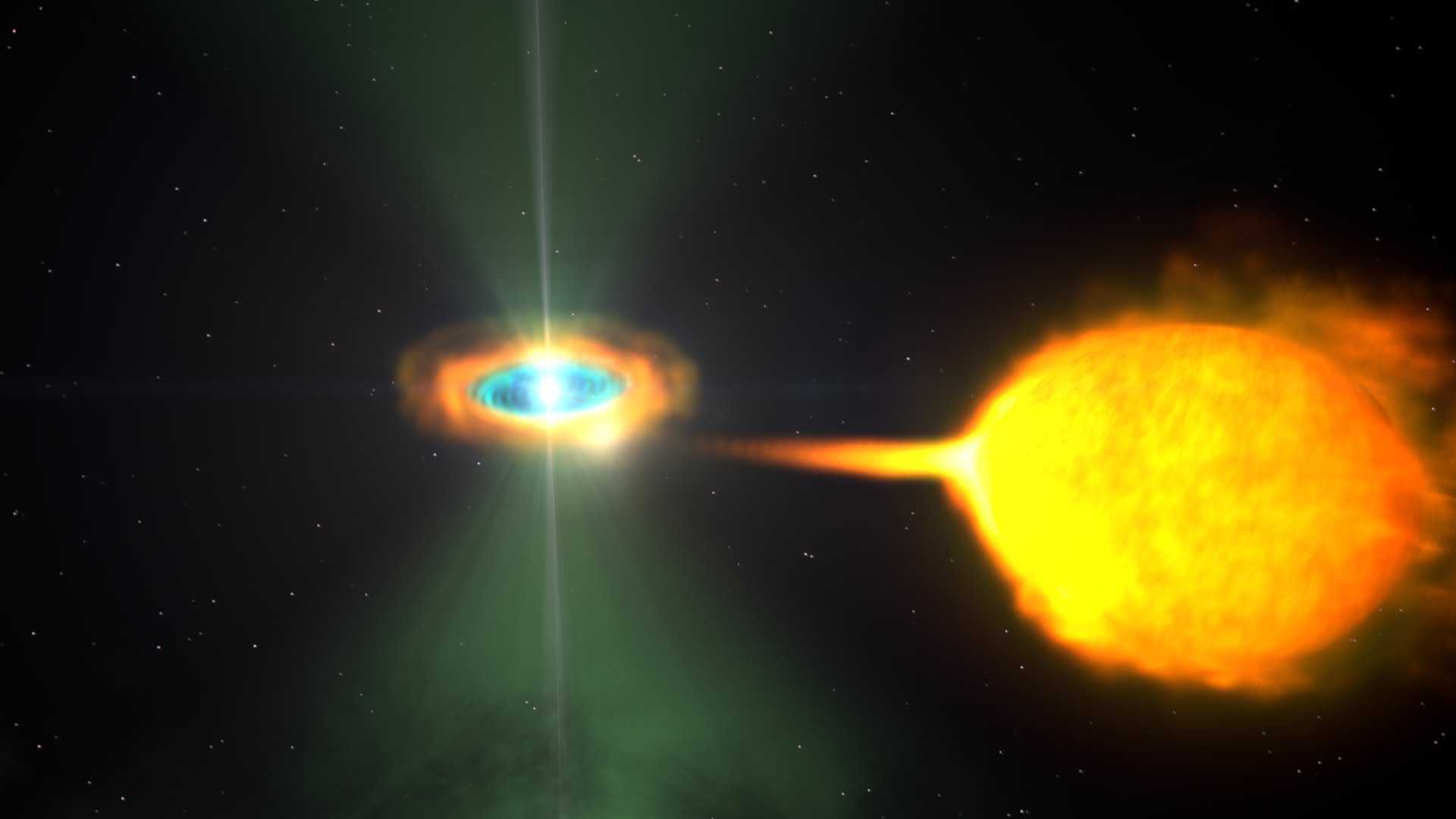 Studying the neutron star J1023 + 0038, located from us at a distance of about 4 thousand light years, the scientists found an incomprehensible feature. Further studies have shown that the cause of this can be a convexity, the height of which is about several kilometers. Details of the results of the study can be found on the website arXiv.org, and a brief review provided by the journal New Scientist.

For a second, the neutron star J1023 + 0038 performs 600 revolutions around its axis. The loss of energy had to lead to the fact that every billion years the rotation speed of the light would be reduced by 76 revolutions per second. A new study showed that J1023 + 0038 “switches” between the radiation modes: in the radio and X-ray ranges. In the latter case, the rotation frequency of the neutron star is reduced by 30 percent.

This behavior J1023 + 0038 researchers considered “strange” and decided to find him an explanation. It is known that a neutron star has a luminous companion. Calculations of scientists have shown that in the case of “flowing” of matter from this star to J1023 + 0038, it is possible to form convexity, which is the key to understanding the “anomaly”. Now, however, astronomers still can not answer many questions related to this phenomenon. They believe that it would be possible to confirm the existence of the “mountain” by analyzing the gravitational radiation J1023 + 0038.

The neutron star is a cosmic body that represents one of the possible outcomes of the evolution of the stars. The density of matter of such an object is extremely high. With a mass comparable to the solar mass, a typical neutron star has a radius of only 10-20 km.

Earlier, we recall, scientists modeled the fall of a person on a neutron star. When approaching such an object, the human body will reach the speed of a third of the speed of light, but this will be only one of the “inconveniences”.