A new bright comet has been detected. 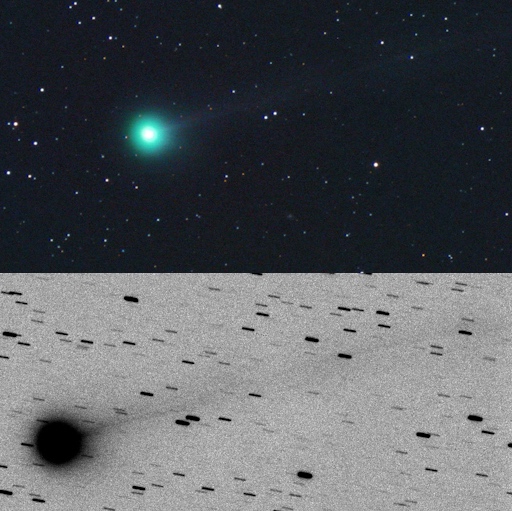 Last week, three amateur astronomers — one in Arizona and two in Japan — discovered a new comet that was named Machholz-Fujikawa-Iwamoto (C / 2018 V1). Over the past few days, its brightness has quadrupled. “Now it glows like a vague, eighth-magnitude star in the constellation Virgo,” says Michael Jager of Austria, who captured the celestial body on November 11th.

“The discovery of a comet by amateur astronomers is a rare event today, because robotic programs for finding near-Earth objects usually fix them first. My congratulations to the discoverers, ”said Jager.

Apparently, the comet Machholz-Fujikawa-Iwamoto first visited the inner regions of the solar system. Now it is heading towards the Sun in a parabolic orbit, which passes right inside the orbit of Mercury. The closest approach to the Sun (0.38 AU) will take place on December 3-4, and to the Earth (0.67 AU) on November 27.

New comets like this one are quite unpredictable. They can dramatically increase the brightness, promising a stunner, and suddenly go out when fragile ice deposits run out under the influence of solar heat. No one even knows whether the comet will be visible to the naked eye, but at the moment it is an easy target for telescopes.