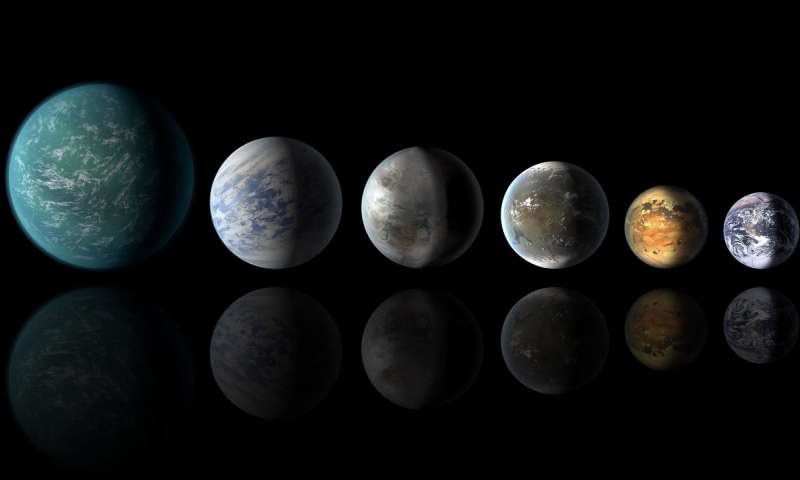 In modern catalogs there are approximately 4433 exoplanets. Usually, the radii of these planets are calculated from the radius of the parent star and the curve of its brightness, which shows the brightness decreases when passing before the star of the planet. Therefore, the radius of the parent star is a key parameter for calculating the radius of the exoplanet. The recent release of data collected with the help of the mission of Gaia (“Gaia”) of the European Space Agency, allowed astronomers to significantly improve the accuracy of measuring the properties of stars – up to an error value of no more than 8 relative percent – for about 108 thousand luminaries entering the observation zone of the “exoplanet hunter” “, The space telescope Kepler (” Kepler “).

In a new study, Dimitar Sasselov and his colleagues used these refined data to calculate the radii of 4268 exoplanets. Such a large database allowed the team to draw conclusions about the distribution of exoplanets in size. According to the new classification proposed by Sasselov and his team, it is necessary to distinguish three groups of exoplanets depending on the size: a planet with a radius of less than 4 radii of the Earth, a planet with a radius of 4 to 10 radii of our planet and giant planets with a radius of more than 10 radii of the Earth. The planets of the first group are divided into two subgroups, planets with a radius of less than two radii of the Earth and a planet with a radius of more than two radii but less than four radii of our planet. These planets mostly contain little gas. The second of the three groups is “transitional” between stony small planets and giant planets; it is relatively small for obscure reasons to date, the scientists show. The third new classification group includes gas giants, in which mainly hydrogen and helium predominate; Among these planets are analogues of Jupiter and even brown dwarfs.

Analyzing the properties of planets belonging to a group with sizes from 2 to 4 radii of the Earth, the authors conclude that this group contains the largest number of “water worlds”, that is, exoplanets, rich in water. According to Sasselov’s team, these results will help improve the selection of objects for subsequent additional observations, including potentially inhabited planets.