A new detailed map of the lunar surface 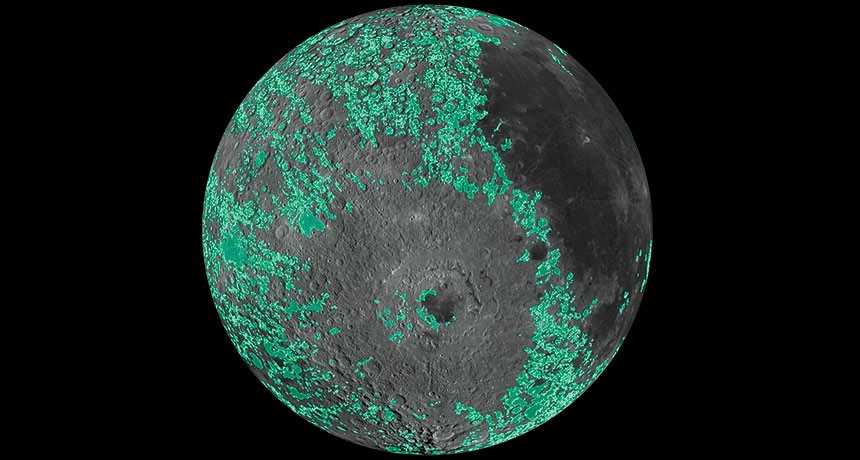 A new detailed map of the lunar surface was compiled, which made it possible to finally confirm the meteorite theory.

Planetologist Heather Meyer of Lunar and Planetary Institut (Houston, USA) was able to compile a new map of the lunar surface, taking into account the latest data. Previously, this was done only for certain areas.

Previously, the compiled maps were based on data obtained from various devices, and “sewed together.” This forced feature reduced reliability, since objects captured only from a certain side could be inaccurately interpreted, and it was not necessary to talk about a thorough investigation of changes in the state of the surface of “light plains”.

Historically, there were two main models of the formation of the lunar relief: volcanic and meteoritic. Volcanic was put forward at the end of the XVIII century. astronomer Johann Schroeter, who suggested that the previously hot Moon gradually cooled, and on its surface there were volcanoes, the eruptions of which formed craters. At the beginning of the XIX century, Franz von Grütuizen proposed a different theory – meteorite, according to which falling large meteorites “pushed” the lunar surface. Of course, it was about large formations; it is clear that small meteorites in any case took place. The future Russian professor Kirill Petrovich Stanyukovich, while still a student, in 1937 showed that a meteorite, flying at a cosmic speed, when colliding with a surface produces an explosion that literally evaporates a meteorite, as well as some rocks at the site of impact.

For some time, the dusty hypothesis of the American astronomer Thomas Gold was popular, who believed that the moon was covered with a thick layer of dust (remember A. Clarke’s novel “Moon dust”?). This hypothesis was refuted after the landing of the Soviet automatic station Luna-9 in February 1966. The meteor-slag theory, developed in 1959 by Nadezhda Nikolaevna Sytinskaya, is generally accepted: the energy released when a meteorite hits the surface of the Moon, in addition to melting and evaporation, forms slags that manifest themselves in the color features of the lunar surface.

Although the meteorite theory is more recognized, the volcanic probability remained non-zero. Lunar “seas” occupy about a third of the surface and very similar in shape, according to the observed observations, flows of basaltic lava. However, the latest data processed by H. Meyer revealed the presence of several places of large collisions with the surface, the fragments from which scattered far from the epicenter. The researcher states:

“It seems that there are simply giant collision marks … About 70% of the lunar plains are in the Eastern and similar basins … this indicates that they all changed at some time.”

The fact is that new data made it possible to discover that some small craters are filled with “garbage” left from large explosions. Thus, most plains can be interpreted as the consequences of ejecting surface fragments from the Eastern Basin, which is located in the Southern Hemisphere. Its size is about 930 kilometers. “Filled” craters occur at a distance of up to 2000 km to the epicenter of the collision. The dating of the event is about 3.8 billion years ago. We remind you that the formation of the Moon occurred 4.5 billion years ago.

The discovery has an additional effect: to estimate the age of the surface of the moon, scientists used the number of small craters. Therefore, if some of them were destroyed by explosions, the dating will be distorted.