A new galaxy found near the Milky Way 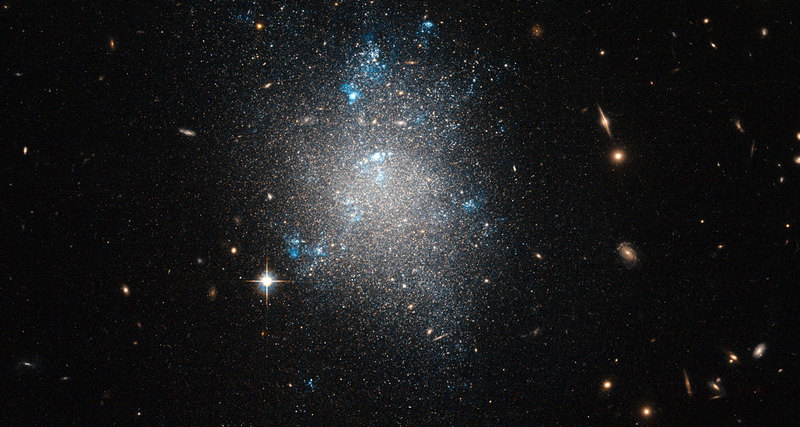 Using data from the Gaia spacecraft, astronomers discovered a new galaxy near the Milky Way. The new dwarf galaxy, called Pump 2, is several times larger than other galaxies of similar brightness. The article on the new discovery is published on arXiv.org.

The new galaxy is located 424 thousand light years from Earth, its estimated age is about 11.2 billion years. The galaxy has a radius of about 9300 light years.

Astronomers notice that Pump 2 is equal in size to the Large Magellanic Cloud, but its brightness is 4,000 times lower. Thus, if we compare a new galaxy with galaxies of similar brightness, it turns out to be several times larger, but compared to objects of similar size, Pump 2 is three orders of magnitude dimmer.

But the strangeness of the new galaxy does not end there. Experts point out that Pump 2 is the most scattered galaxy ever discovered by astronomers. It is a hundred times more diffuse than the so-called ultra-diffuse galaxies. The latter are usually very dull, but a new galaxy is brighter than them six times.

The authors of the article emphasize that the unusual properties of the new galaxy prove that such objects can form at a much lower density than previously thought.