A new impressive photo from Hubble 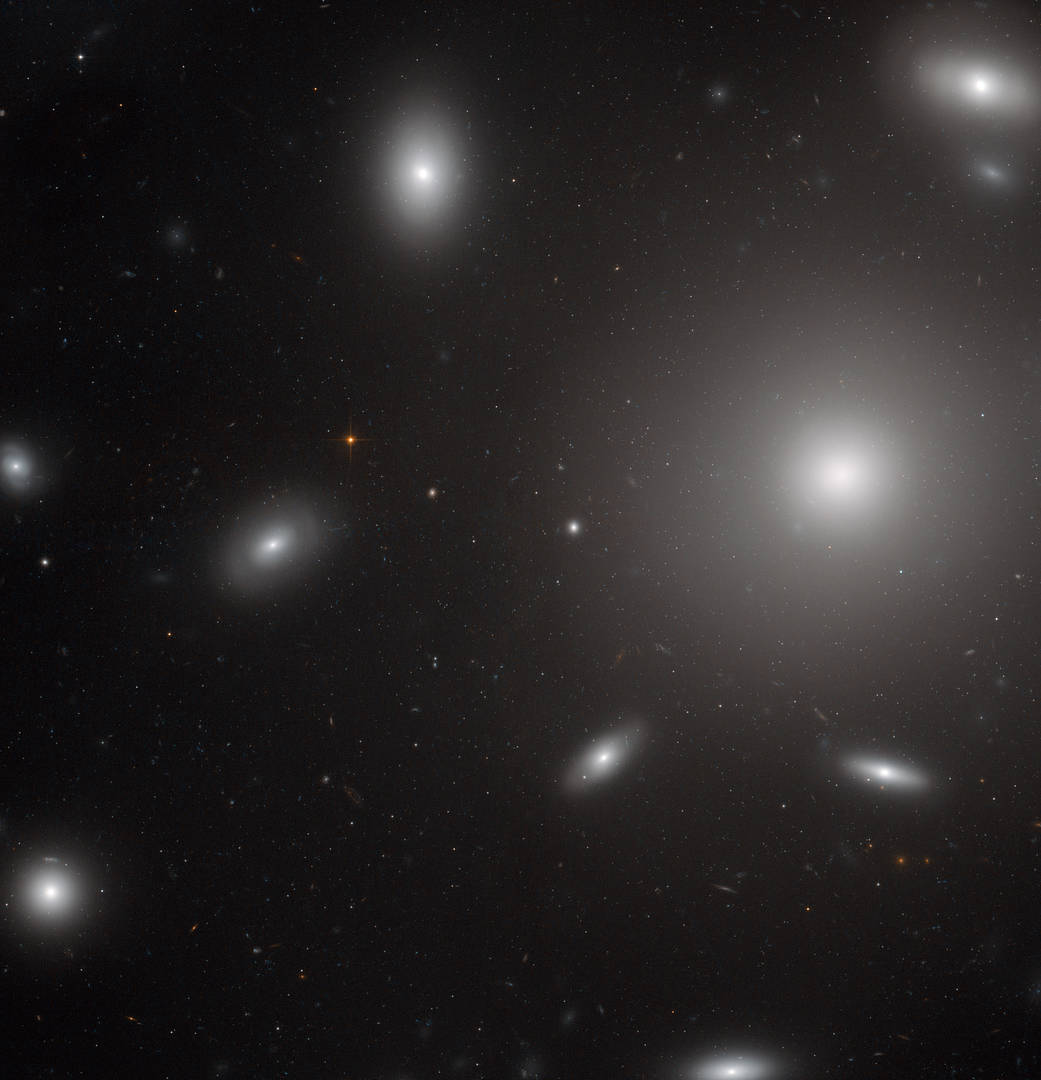 The most powerful space telescope to date boasted a new image.

In the center of a large group of galaxies, located in the direction of the constellation of Hair of Veronica, is a galaxy surrounded by a swarm of stellar groups. NGC 4874 is a giant elliptical galaxy that is about ten times larger than our own Milky Way.

The powerful gravity of the galaxy ensures that it can hold more than 30,000 globular clusters, which is many times greater than any other galaxy we know.

On the seen image, the Hubble Space Telescope is best seen by the object NGC 4874. It is the brightest object on the right and is regarded as a bright star-shaped nucleus, surrounded by a hazy halo. Several other galaxies of the group are also visible in the photo. They look like flying saucers dancing around NGC 4874.

However, the most amazing feature of this image is the numerous bright globular clusters, each of which contains several hundred thousand stars.