A new kind of universes is opened 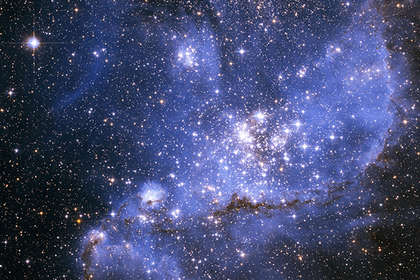 Scientists at the University of Michigan described a new kind of universes in which there is no weak nuclear interaction. Despite the fact that the existence of life is possible only for certain values ​​of physical constants, the theoretical model predicts that weak interaction is not necessary for the emergence of living organisms. The preprint of the article is published in the bioRxiv repository.

It is known that the fundamental physical constants describing the laws of nature and the properties of matter have arbitrary meanings, which has no explanation within the framework of modern physical theory. However, a number of physicists suggest that there are universes with other “settings” that may be unsuitable for the existence of life. At the same time, a number of scientific papers have demonstrated that if many constants are allowed to vary within wide limits, then potentially potentially inhabitable universes with a different value of constants may appear.

The standard model describes the electromagnetic, weak and strong interactions of all elementary particles. A weak nuclear interaction is responsible for beta decays of atomic nuclei, when a neutron turns into a proton, while emitting an electron or a positron. It determines the processes occurring in the bowels of not very massive stars, such as the Sun, and affects the probability of neutrino interaction with matter. If the level of weak nuclear interaction is too low, then formation of long-lived stars is impossible in such a universe.

Helium can still be synthesized in the early stages of the universe, in the era of primary nucleosynthesis. In more massive stars, helium atoms can merge with the formation of heavier elements, but the absence of neutrino-matter interaction makes it impossible to form supernovae-the star simply contracts, preventing the spread of heavy atoms in space.

However, cosmologists have found out that a universe where weak interaction is not complete, yet can have a life. During the epoch of primary nucleosynthesis, some protons and neutrons pass through the inclusion of atoms in heavy nuclei. In our universe, on the contrary, protons actively participated in the synthesis of elements up to lithium. Later, free protons and neutrons combine to form deuterium (heavy hydrogen). The latter becomes fuel for stars, the evolution of which is due to strong interaction. They form carbon and other elements necessary for life.