A new mystery: all exoplanets are built like a pattern 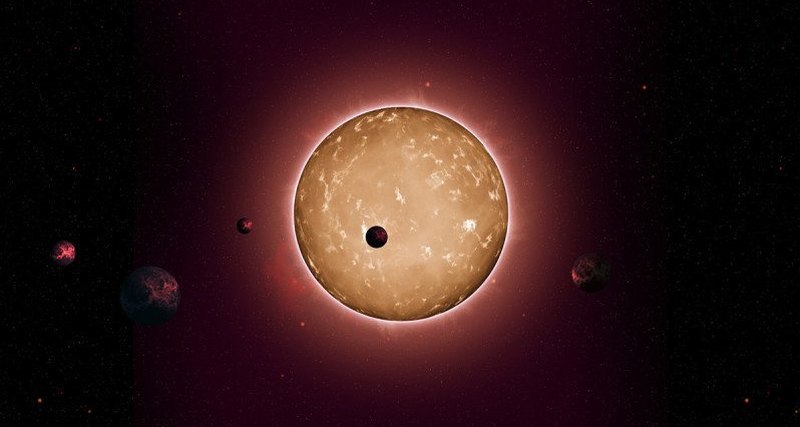 Astronomers have found out that all 909 exoplanets, discovered by the Kepler telescope, are absolutely equally located in their stellar systems. What is this, a universal pattern or an observation error?

A team of scientists led by Lauren Weiss of the University of Montreal in Canada studied 909 exoplanets discovered by the Kepler Space Telescope in 355 systems. It turned out that the planets of each system are close in size and similarly located in their orbits compared to planets in other systems. “We see that the picture is repeated over and over again, no matter around which star these planets revolve,” Weiss says.

This is not what the scientists expected to see. Star systems are born very chaotically: the stars are formed from a cloud of gas and dust pressed into a red-hot disk. The denser clusters of gas and dust inside the disk eventually condense into planets, suggesting that there must be a connection between the planets and their star. The researchers believe that not a stellar mass, but some other factor affects how the protoplanetary disks eventually become planets. This can be the total mass of the disk or the mass of solid particles of a certain size inside it, as well as the processes that occur with the disk after the initial formation of the planet. But, according to Weiss, these hypotheses have yet to be tested.

Also, there is a possibility that such a patterned arrangement of planets is a common accident that arose from the lack of data. Kepler can only detect planets with a short orbital period, that is, those that obscured the star in the field of view of the telescope within four years of the start of his mission. For example, in our system such planets are Mercury, Venus, Mars and Earth, and if Kepler studied our system from another point of space, he would simply not see giant planets and dwarf planets.