A new photo of Mimas from Cassini 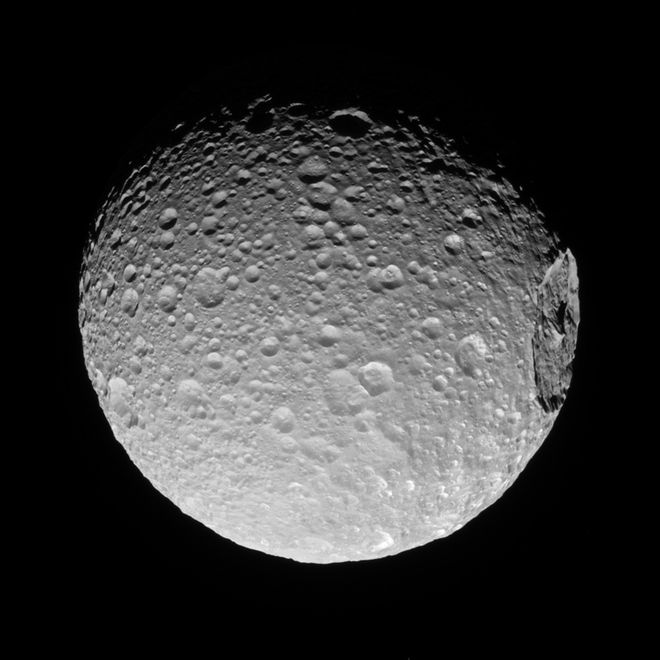 The satellite of Saturn Mimas was recently photographed by the cameras of an automatic interplanetary station.

The Cassini spacecraft, launched by the American Space Agency NASA, took a photograph of Mimas, one of Saturn’s satellites, on November 19, 2016, from a distance of approximately 85,000 kilometers.

“Such a crater could only be formed with a very powerful collision, during which the whole Mimas could collapse. We can say that the satellite was very lucky, “NASA officials said.