A new way to search for extraterrestrial life is proposed. 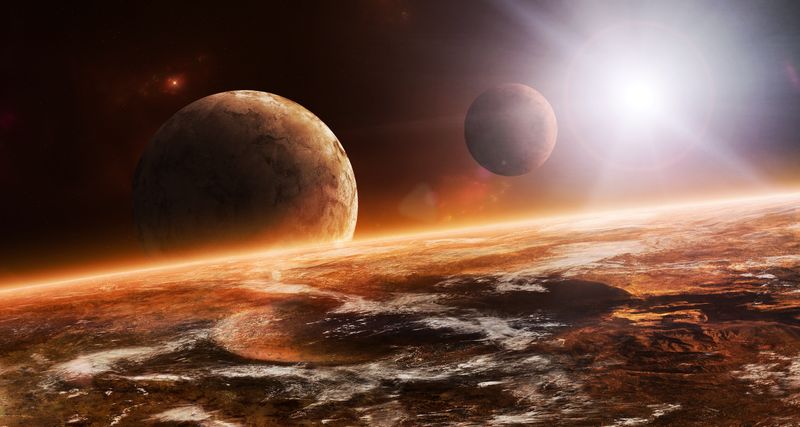 True, we are talking about a rather peculiar life – anaerobic microorganisms, like those on Earth that live in the strata of guano, the intestines of some animals and other places that we probably would not like.

These microbes secrete phosphine (hydrogen phosphide, PH3) as one of the products of their metabolism. Under terrestrial conditions, phosphine is a colorless, very toxic gas, slightly heavier than air. It is used in some industrial processes, so it is obtained by the interaction of phosphorus with alkalis or, less commonly, water with some other phosphides. The biogenic synthesis of phosphine on Earth is small, other types of metabolism prevail here.

It is extremely remarkable that the earth’s atmosphere does not have any noticeable sources of phosphine other than biogenic (we do not take technogenic into account, since it is possible only in case of serious accidents). This substance does not form during abiogenic processes.

This probably means that any noticeable amount of phosphine in the atmosphere of some exoplanet should at least be alarming. If this is an earth-type exoplanet, and quite a lot of them are already known, then this is almost certainly a sign of life. True, we are talking about anaerobic life in a toxic atmosphere – we would not like it there.

According to a group of American planetologists, if phosphine on some exoplanet will be produced in about the same amounts as methane on Earth, then it will be possible to recognize its traces in the spectrum using the latest tools, such as the upcoming James Webb space telescope, from a distance of about 12 light years. True, to fly there during the lifetime of us and probably our great-grandchildren will not work.

You can read the details in an article published in the journal Astrobiology.