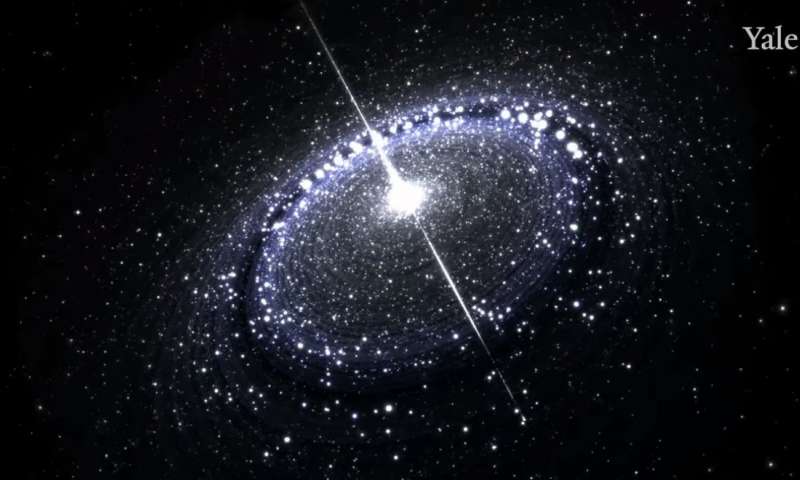 Astronomers believe that this phenomenon is often the result of the fusion of galaxies in the expanding universe. The smaller galaxy joins the larger, leaving its central SMBH in a wide orbit in the new house.

The international team of researchers used modern Romulus cosmological modeling to predict the dynamics of SMBH in galaxies with greater accuracy than previous simulations. The results obtained show that galaxies, by mass similar to the Milky Way, should contain several supermassive black holes.

“It is extremely unlikely that any wandering black hole will approach so close to our Sun that it will have an impact on our solar system. We believe that this can happen only every 100 billion years, which is almost 10 times the age of the universe, “said lead author Michael Tremmel of the Yale Center for Astronomy and Astrophysics.

Since it is assumed that wandering SMBHs exist far from the centers of galaxies and beyond galactic disks, they are unlikely to be able to absorb a lot of gas, which makes them productively invisible. “Currently, we are working to determine their presence directly,” said Tremmel.