A planet with a terrestrial mass 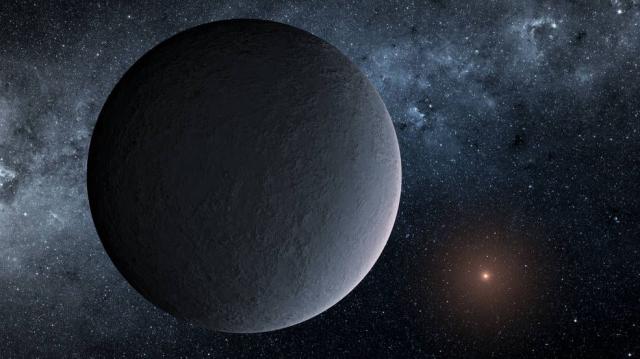 Scientists have discovered a new planet whose mass is equal to the mass of the Earth. It is located at the same distance from the star as our planet from the Sun, reports NASA. The new planet, most likely, is too cold for life to exist on it, since its star is not so active.

According to scientists, the open facility is the most “light” planet of all discovered by microlensing.

The new planet received the designation OGLE-2016-BLG-1195Lb. The object is located at a distance of about 13 thousand light years from us. The star around which the planet revolves is so small that scientists even expressed doubts whether it is a star. Perhaps this object is a brown dwarf. Its mass is only 7.8% of the mass of our Sun.

According to scientists, OGLE-2016-BLG-1195Lb is a very cold planet. Its surface temperature is lower than on Pluto. If there is water, then it is all in the form of ice.