A planetary system with three super-earths is discovered 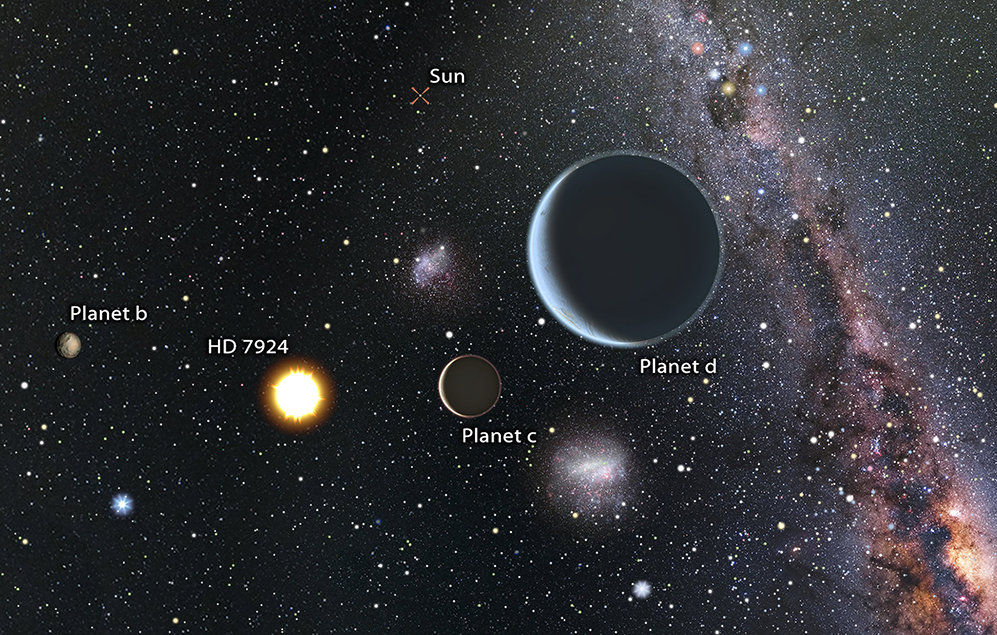 Over 3,500 extrasolar planets have been confirmed as of today. Most of them were discovered using the transit method, and astronomers combine the light curves of stars for transplanting exoplanets with the results of measuring the “wiggling” of the star caused by the presence of the planet to determine the planet’s mass and its radius, thus obtaining information about the inner structure of the planet. During the transit of the planet, information about its atmosphere can also be obtained, since the chemical composition of the gas shells of planets determines the change in their permeability across the spectrum. Measuring the depth of the transit signal at different wavelengths, scientists can obtain information about the chemical composition of the planet’s atmosphere and its temperature.

In a new study, astronomers led by Joseph Rodriguez of the Harvard-Smithsonian Astrophysical Center, the US, discovered three small planets that transit the star GJ9827, which lies a relatively short distance 100 light years from us. These three exoplanets have radii of about 1.6; 1.3 and 2.1 Earth radius, respectively. All of them belong to the category of super-earth, that is, planets that have masses in the range from the mass of the Earth to the mass of Neptune.

GJ9827 is one of the few stars known to scientists, around which several evanescent Earth-sized exoplanetes are being accessed at once, the atmospheres of which can be characterized in detail. In fact, these three exoplanets are of particular interest, since the radii of two of them are in the range of 1.5 to 2.0 of the Earth’s radius. It is expected that the composition of planets whose masses are in this range will be intermediate between gas and stony; Moreover, up to the present time at the disposal of scientists there are very few such candidates for study.

The planets studied in this study are drawn very close to the parent star – their orbital periods are 1.2, respectively; 3.6 and 6.2 days. The proximity to the star determines the high temperatures on these planets, which are 1172, respectively; 811 and 680 Kelvin.