A plant capable of surviving in space is found 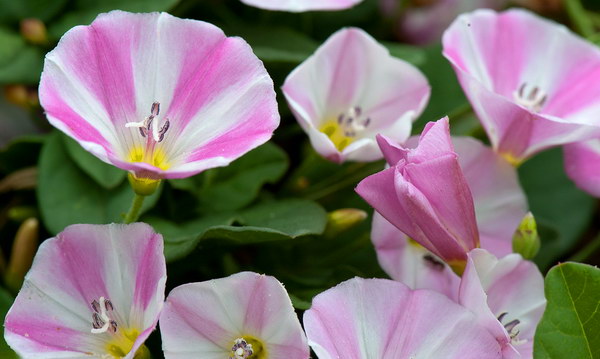 Natural sunscreens allow the cornworm seeds of the field to carry doses of ultraviolet radiation that would destroy most people.

They are able to withstand interplanetary flights and can be sent to Mars, say the authors of a new study published in the journal Astrobiology.

Ten years ago, cosmonauts placed about two thousand tobacco seeds and Tal’s rezuchovidki (a popular model organism) on the outside of the International Space Station. 558 days, the seeds were exposed to ultraviolet radiation, cosmic radiation and sharp temperature changes. After returning to Earth about 20% of them could germinate.

Ten years later, biologist David Teepfer and his colleagues at the Versailles Research Center of the National Institute of Agronomic Research carefully studied the DNA of seeds that did not germinate. After examining the state of fragments specially inserted into the genome of plants on Earth, scientists hypothesized that the damage is not fatal in nature: in the course of growth, the seeds could repair the damage caused by ultraviolet in DNA and then germinate.

Further, scientists conducted their experiment to determine the resistance of plants to high doses of ultraviolet radiation (up to 2420 MJ / m-2). They worked with seeds of three types: tobacco, Tal’s rezuchovidki and cornflower field. It turned out that only the seeds of bindweed can withstand the strongest dose. According to scientists, this is because the protective covers of plant seeds contain flavonoids, which play the role of a natural sunscreen.