Strong winds in the African desert formed in mid-May a huge plume of dust moving from West Africa over the Atlantic Ocean. It was visible even from outer space.

On May 9, at 12:10 pm World Time, the MODIS spectroradiometer for moderate resolution images, mounted on NASA’s Terra satellite, took a snapshot of the natural colors of the rising sand and other substances. The trail extended south-west to the island of Cape Verde and beyond. 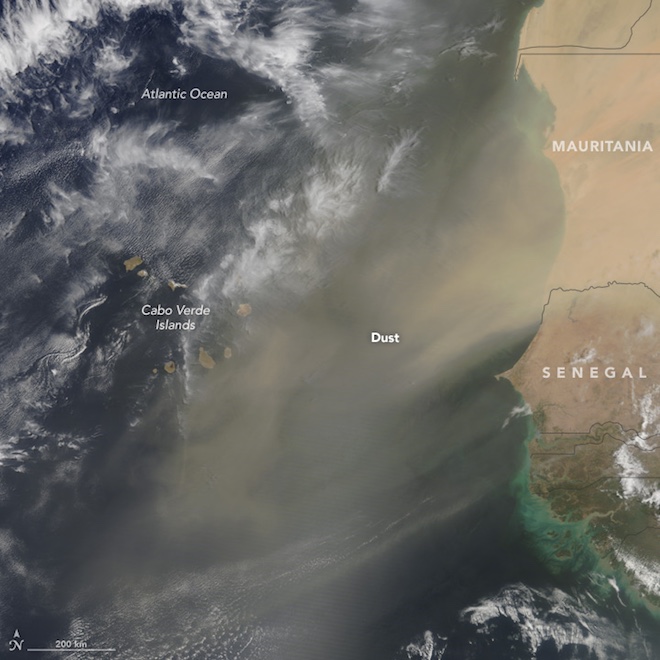 After about 30 minutes, after MODIS took a photo, the astronauts of the ISS flew over the region and made a video with the HDEV camera installed at the orbital station.