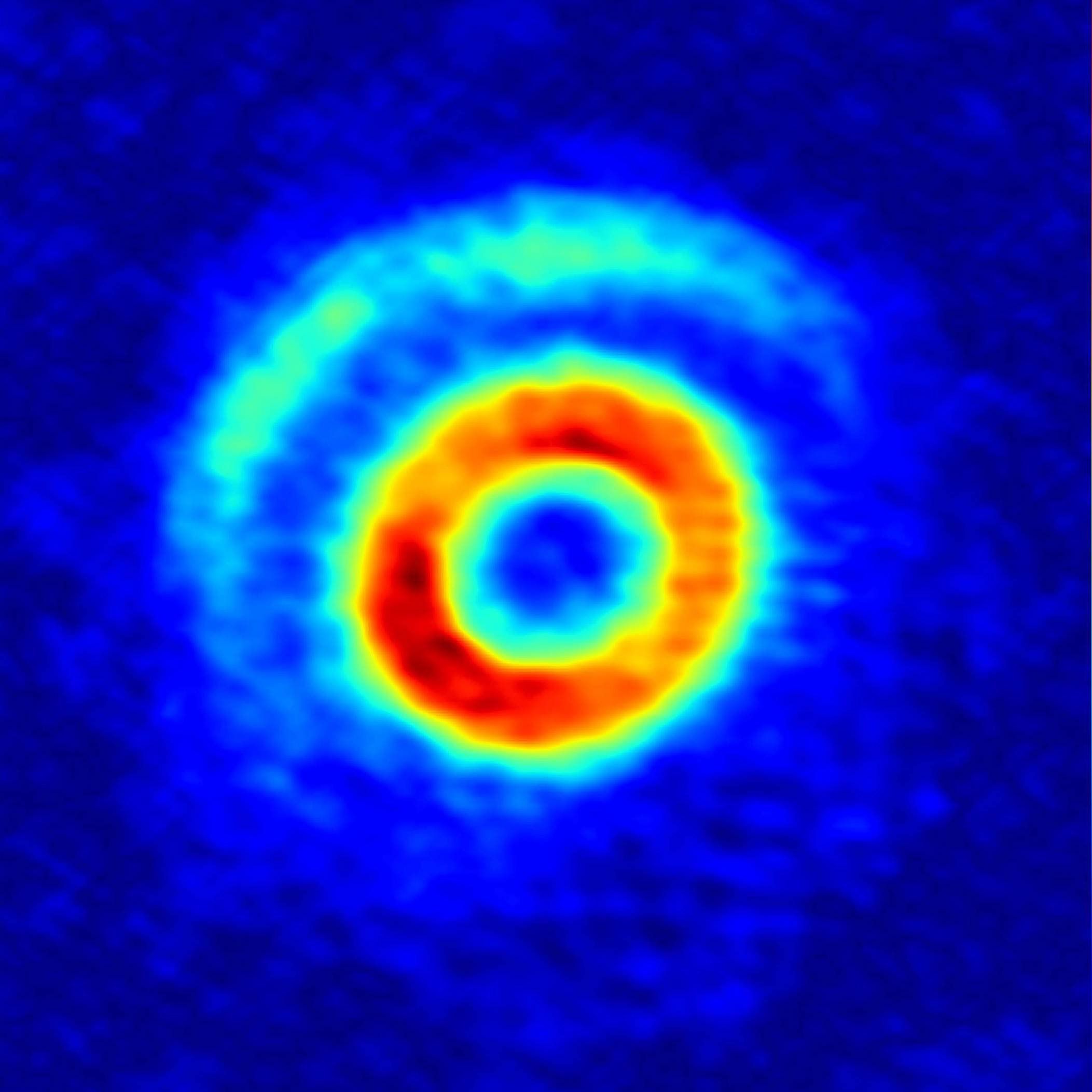 In a new study, an international team of scientists led by Stefan Kraus of the University of Exeter, Great Britain, received valuable information that would solve an important scientific problem of one of the most popular theories of planetary formation.

One of the central problems of the theory of planetary formation from the substance of the gas-dust disk of a young star is the problem of forming pieces of material the size of an asteroid from gas and dust: according to calculations, small particles should move toward the parent star, reach it and be destroyed before they can coalesce and grow to the size of planetesimals.

In this new study, astronomers observed the star V1247 of Orion – a young, hot star surrounded by a dynamic ring of gas and dust. The team, using the ALMA radio observatory, obtained a detailed image of this star and the surrounding dust disk, which consists of two parts: the inner ring part and the crescent-shaped outer part (see photo).

The area between the “ring” and “crescent”, which is a dark strip, presumably repeats the trajectory of the movement of a young planet “carving out” a wide band in the disk of a young star. When the planet moves in orbit, areas of increased pressure are formed on both sides of it, similar to the formation of waves on either side of the ship going along the sea. In these areas of high pressure (so-called “dust traps”), in which dust and gas can be for many millions of years, large asteroids and planetesimals can form, Kraus and his team believe.