A powerful flash on the Sun reached class X 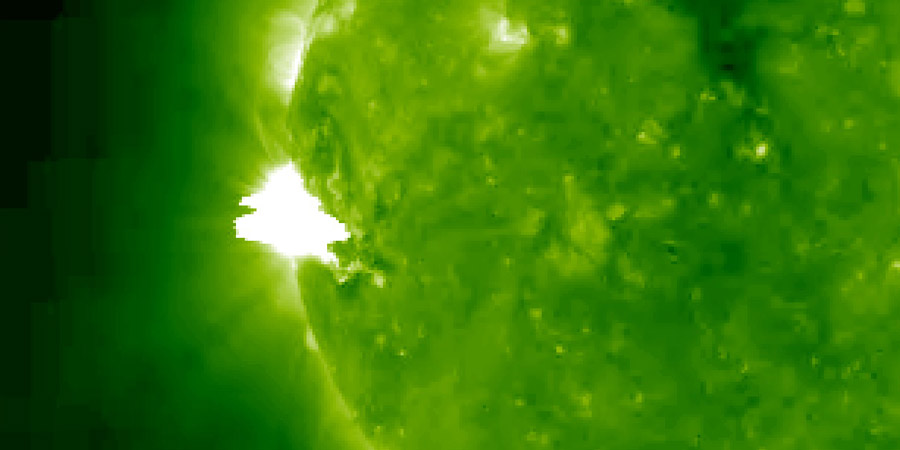 The group of sunspots No. 2665 shifted to the opposite side of the Sun, yesterday unexpectedly produced the strongest ejection of the coronal mass, the class of which is estimated at X1 or higher, in the second day of the day. Our planet is very lucky that the outflow is directed to the opposite side of the Earth. It is interesting that the outbreak occurred almost at the same time as the “superstorm” that occurred on July 23, 2012. 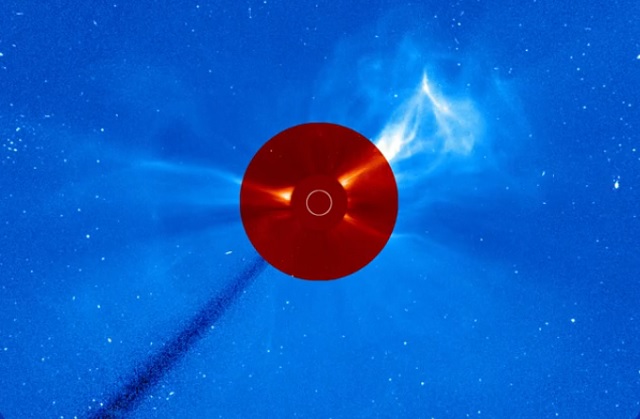 The force can be compared to the “superstorm of 1859”, which occurred 158 years ago. On September 2, 1859, when astronomer Richard Carrington recorded the most powerful ejection that reached our planet in 18 hours, this outbreak is called the “Carrington Event”.

On September 2, 1859, a giant ejection of the solar coronal mass hit the Earth’s magnetic field. Tourists in the Rockies woke up in the middle of the night, deciding that the dawn had come. In fact, the horizon illuminated the brightest northern lights. In Cuba, people read the morning newspapers with the reddish light of the polar lights. Charged particles bombarded the Earth so vigorously that they changed the chemical composition of polar ice.

The magnetic storm lasted all day. “Victorian Internet” – telegraph – was completely disabled. Magnetometers around the world recorded strong perturbations in the magnetic field of the planet for more than a week. The cause of all this disgrace was the incredible solar flare that was registered the day before by the British astronomer Richard Carrington. According to the National Academy of Sciences, if such a storm happened today, the damage amounted to a trillion dollars, and for a full recovery it took 4-10 years!

The last time a flash of such power occurred on the Sun just 5 years ago – on July 23, 2012 and almost at the same time. Then our planet was also very fortunate and the ejection passed the Earth.

Usually, the coronal ejection of the solar mass moves in space at a speed of 400 km / s and reaches the Earth within one to three days. On the magnetosphere of our planet is a strong influence, causing auroras, magnetic storms, violations in the operation of electrical equipment.

Why are we all very lucky? Because if the ejection were directed toward the Earth, all satellites in orbit would be destroyed, like all terrestrial energy systems. The world economy would be destroyed in just one week, and the restoration of normal life would take decades!