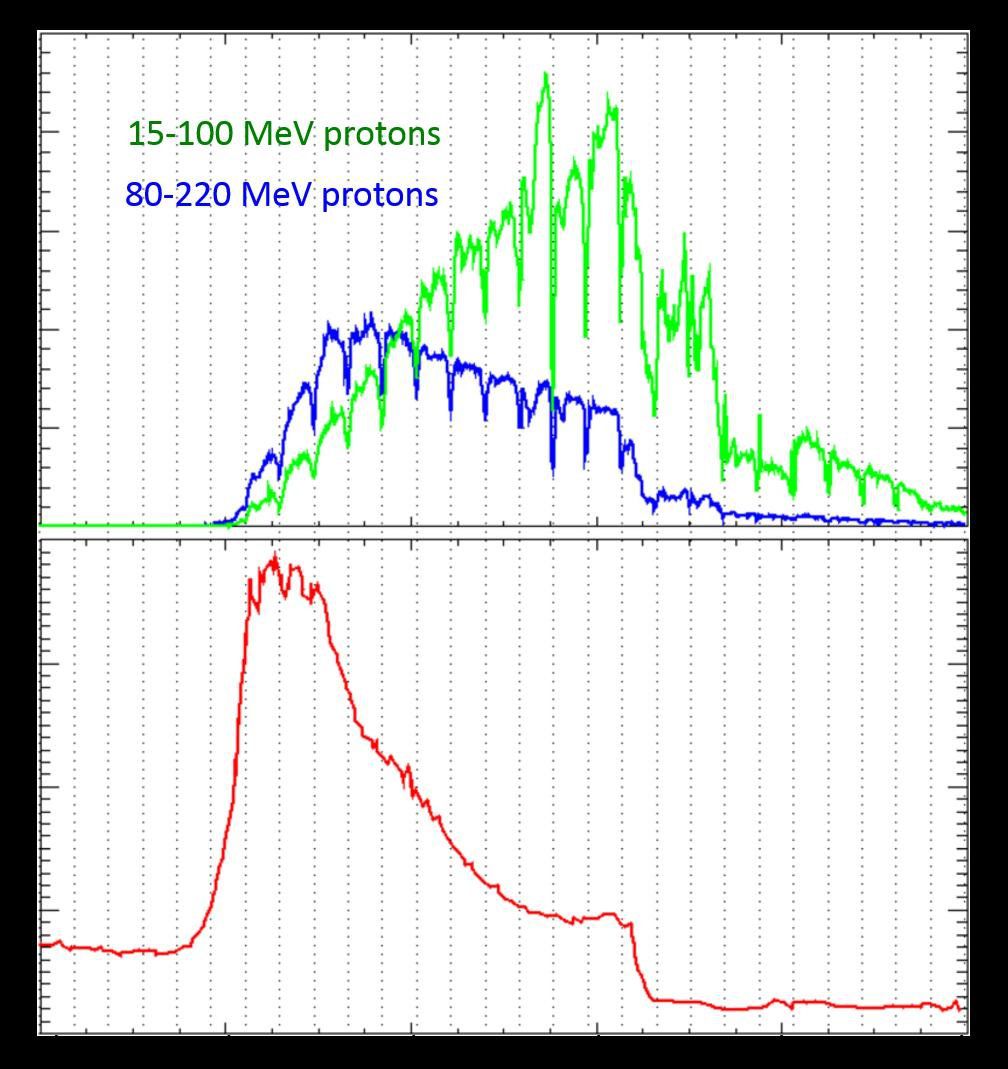 This solar event, which occurred on September 11, 2017, caused the appearance on Mars of a global atmospheric glow more than 25 times greater than the brightness of any of the cases of glow of the planet’s atmosphere, recorded ever before with the help of the MAVEN orbiter, which studies the interaction of the Martian atmosphere with the solar wind starting from 2014.

Unusual in this event was that it occurred during that period of 11-year cycle of activity of our Sun, when the luminary should show minimal activity. This event was large enough to be seen from Earth, although it was at this time with the opposite side of the Sun to Mars.

In contrast to the Earth, Mars has almost no magnetic field that concentrates solar radiation in the circumpolar regions of the planet, and therefore high-energy radiation coming from the Sun leads to the glow of not only the poles of the planet – the entire Red Planet begins to glow like a giant light bulb.

The study of the interaction of solar radiation with the atmosphere of Mars is of great importance for the preparation of future manned Martian missions, since the protection of astronauts from cosmic radiation is of primary importance for NASA.