A private company is planning to fly to the asteroid 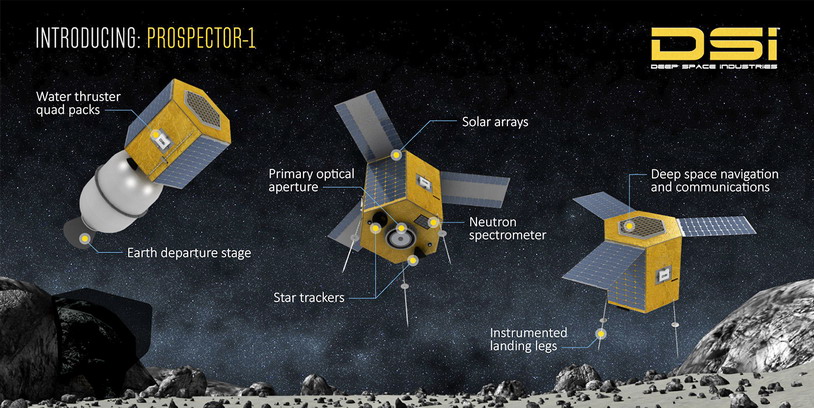 This week, a private us company for the industrial development of asteroids “Deep Space Industries (DSI) announced plans for the implementation of the first ever private flight to an asteroid by 2020. This innovative California company expects to create a successor for his experimental space ship “Prospector-X”, which will be called “Prospector 1”, which landed on the surface of the asteroid, when he will fly relatively close to Earth.

Although the “Prospector 1” will not be able to deliver to its creators neither gold nor platinum, this historic mission provides for the creation of the map the asteroid’s surface and analyze rocks for the presence of resources that may be useful for long-term plans for DSI.

According to the statement made by the company DSI, the spacecraft “Prospector 1” will have only 50 pounds and will inherit insensitive to radiation “filling” and avionics from his older brother, “Prospector-X, launched in 2007.

Although DSI is planning one day to begin extracting metals and other resources on asteroids, the first space minerals should be plain water. On both ships “Prospector” is set by vodorodnoe” engines used for propulsion superheated steam instead of rocket fuel. Thus, the ability to get water on asteroids means that ultimately ships the DSI will be able to restore critical resources such as fuel and drinking water and not needing to return to Earth.

The company expects to choose a suitable asteroid for the landing of the “group of the best candidates”, is composed of its own experts on asteroids. When the “Prospector 1” will arrive at the destination, it will map the surface and subsurface layer with the help of cameras operating in the visible and infrared spectrum, and determine the total water content, before landing on the asteroid using openevsys “vodorodnoe” rocket engines.

In the case of a successful landing this modest device will be the first commercial base ever created on the surface of the cosmic body, and will pave the way for the next generation “exploration” expeditions company DSI.

“Prospector 1″ is not only the first commercial interplanetary mission, but also an important milestone in our campaign for limits of existing borders,” said co-founder of Deep Space Industries ‘ Rick Tumlinson. “Studying the possibility of extraction of use of mineral resources of the cosmos, the DSI brings a new era of unlimited economic expansion”.