A record detailed image of the nucleus of the galaxy 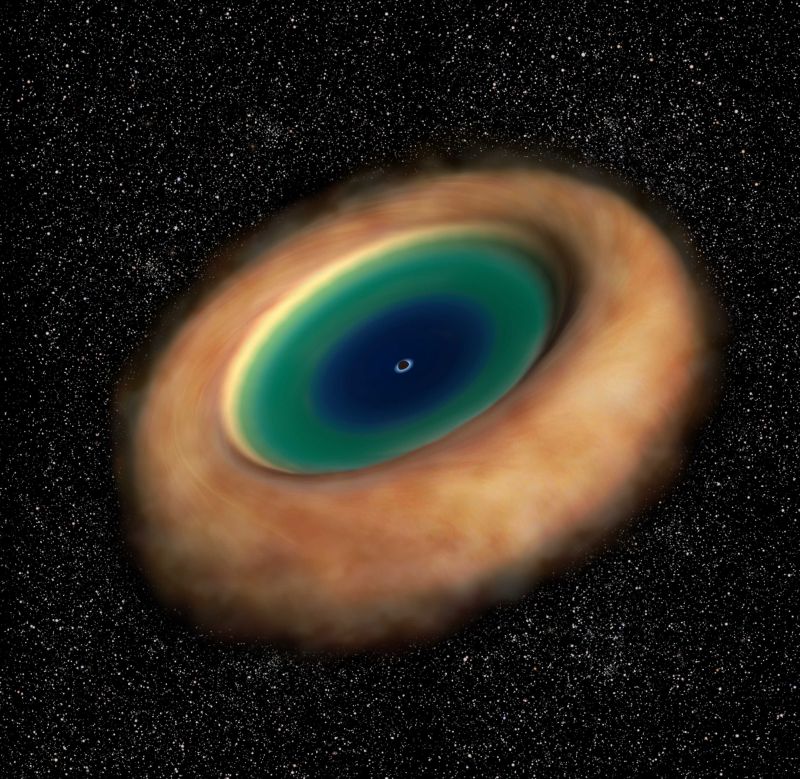 Using the ALMA telescope, scientists obtained record-breaking detailed images of the active center of the M77 galaxy and determined the nature of the motion and composition of the matter of the dust and gas ring around the black hole, which indicate that the M77 once experienced a collision with another galaxy.

To understand this problem, an international group of astronomers directed the antennas of the radio telescopes of the ALMA complex toward the spiral galaxy M77. In its center is the quasar, the active core of the galaxy; this means that a black hole in the center of the M77 actively absorbs a substance that, when accelerated, produces powerful radiation.

Astrophysicists obtained an image of a gas ring cloud with a radius of 20 light years; as expected, this ring rotates rapidly around the black hole in the center. “Until now, my colleagues could only assume that there are dust and gas structures around black holes and that they resemble bagels (tori); this assumption was called the “general model of active galactic nuclei”. However, the size of these objects is very small compared to the distances from the Earth to other galaxies, so we could only see one of them in detail thanks to the high resolution of ALMA, “explains the head of the research team Masatoshi Imanishi of the National Astronomical Observatory of Japan. 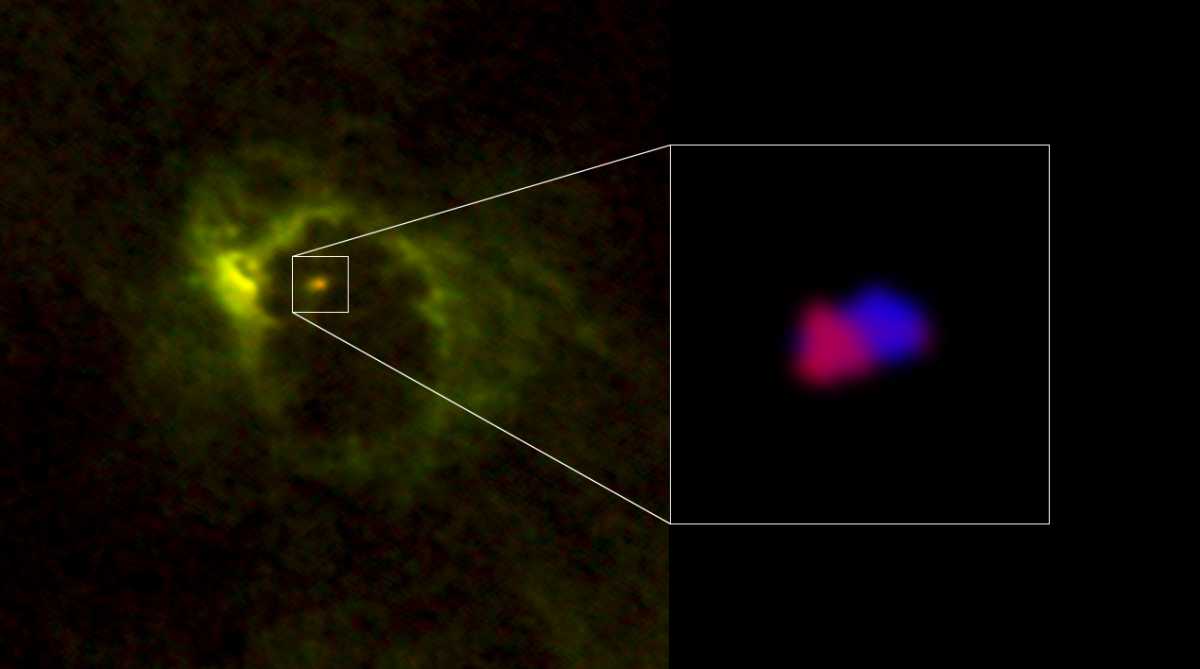 The motion of gas around a supermassive black hole in the center of the galaxy M77. The gas that moves towards the observer is shown in blue, but the substance that is moving in the opposite direction is red. Credit: ALMA (ESO / NAOJ / NRAO), Imanishi et al.

The center of the galaxy M77 was photographed before, but according to the previous photographs it was impossible to determine the rotation speed of the “donut”, as the authors of the article published in the Astrophysical Journal Letters did. In addition, the scientists obtained new data on the composition and density of the ring material around the black hole: its emission spectrum revealed lines of hydrogen cyanide and cation HCO +, which emit in the microwave range only when the gas is sufficiently dense. The high density of matter in the “donut” was predicted by previous observations and calculations.

It was also confirmed that the “donut” in the active center M77 is a little longer than the width. This asymmetry is not predicted by the general model of the active center of the galaxy, nor is the gravity of the black hole controlling the rotation of the torus completely. These data point to the turbulent history of the M77 – perhaps in the past it experienced a clash with another, smaller galaxy.

In the center of the Milky Way there is also a radiating Sgr A * object with a supermassive black hole in the center, but the area around it is apparently less active than the M77 quasar; The less substance falls into the hole, and the radiation is much less intense, therefore, in order to study the relationships of galaxies with their active centers, astronomers have to observe other galaxies.