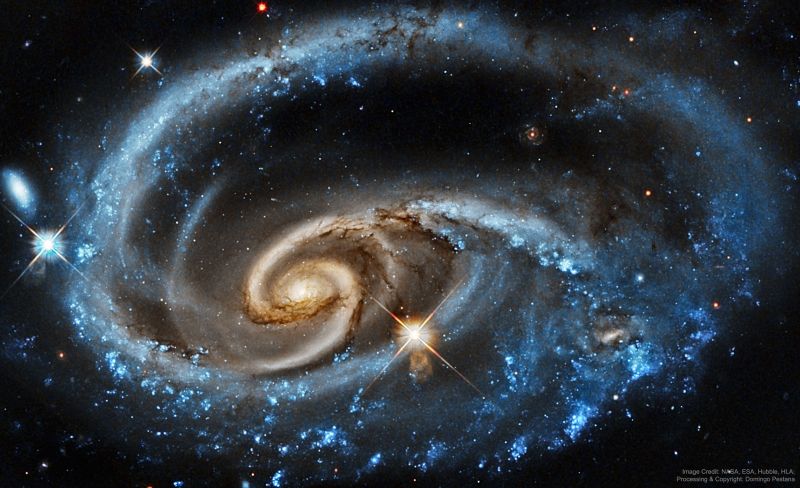 The younger the galaxy, the more orderly its stars move – and the more flat it has, showed a new study by Australian scientists.

A survey of hundreds of distant galaxies made it possible to find an unexpected relationship between their shape and age. Galaxies filled with relatively young stars turned out to be more flat, but the older stars become, the more “galvanized” their galaxies are. Jesse van de Sande from Sydney University and his colleagues write about this in an article published in the journal Nature Astronomy.

Such a correlation was demonstrated earlier for the most extreme cases – the youngest galaxies, as well as the oldest ones – but now it is clear that it works for everyone else: according to scientists, “all forms, all ages and masses.” In fact, in their new conclusions, the authors rely on the data from the large-scale survey of the SAMI Galaxy Survey, having studied a total of 843 galaxies.

To quantify their shape, astronomers have considered the motions of stars. The more flattened (elliptical) the galaxy, the more ordered their orbits, while in more spherical galaxies the stars move more chaotically. Flat galaxies can be compared to racing on an autodrome, spherical – with a swarm of bees. And, of course, the color of the stars allows us to find out their age. 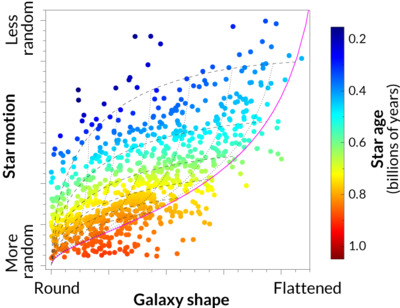 The ordinate indicates the degree of order of the motion of the stars, along the abscissa – the shape of their galaxies. The color corresponds to the age of the stars / © Jesse van de Sande et al., 2018

This careful work also indicated that young galaxies are highly elliptical and have a relatively flat shape, but the older their stars, the more chaotic they move, and the galaxies themselves become more spherical. Unfortunately, it is still difficult to say whether galaxies really are born flat and eventually “swell” or this correlation has some other nature.