A rocket test for space tourists 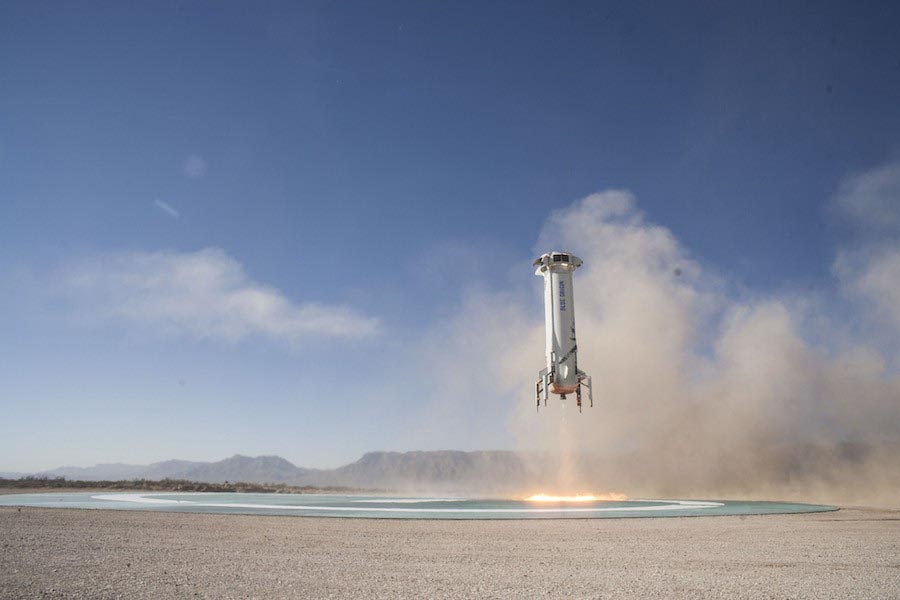 Blue Origin has released a video that shows what awaits future space tourists when they are placed in a rocket and go into space.
On the video you can see a dummy that makes a flight into space. In plans for Blue Origin, replace mannequin with a man.

In the tweet accompanying the video, the head of the company, Jeff Bezos, says that the strange buzzing sound in the video can be ignored, since it originated from one experiment that was conducted along the way. True, ignore it does not work, it is painful it is appropriate, creating a classic soundtrack for space flight.

The flight is very fast, takes only 11 minutes. Compared with colleagues from SpaceX, who want to almost send a man to Mars, Blue Origin’s plans are more than modest. They want to allow people, ordinary (indeed, rich) tourists to visit the cosmos, experience a sense of weightlessness, see the Earth as they have never seen before, and then quickly return back. But how it will look like, you can see now.