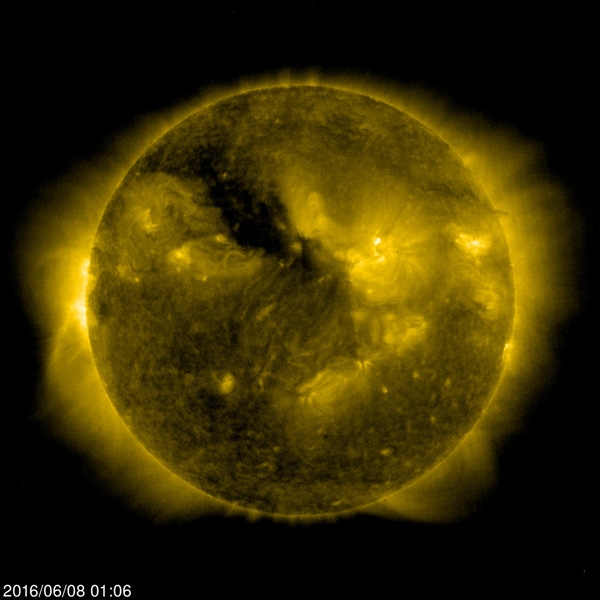 These are the holes in the body, can be formed even when the active areas are completely absent. Today in the Sun watching a giant coronal hole. A new stream of solar wind will reach Earth from the 11th and 12th of June, which cause geomagnetic storms.